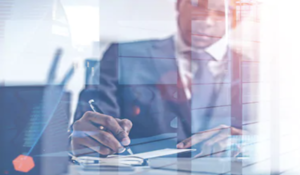 GEN Votel began the conversation by describing the role and history of BENS within the national security community. The mission of the organization is to utilize the expertise of members across a swath of the private sector by applying their best practices and lessons learned to national security issues. The government, therefore, benefits from the work of BENS and the insights provided by the businesspeople involved in the organization. GEN Votel stated that he believes there is an inherent responsibility between prosperity and security, a fact that needs to be broadly recognized by the government and private sector alike. Furthermore, success in the private sector should not come at the expense of the security of US citizens.

Next, GEN Votel used the Cold War as an example of American businesses ultimately backing the policies of the US government. American businesses did not engage heavily in the Soviet Union, nor in the Eastern Bloc—a move which supported the US’s strategy during the conflict. Today, as the US faces a great power competition with Russia and China, it is critical that American businesses reflect the same attitudes they had during the Cold War in order to support the government’s strategies, GEN Votel stated. Furthermore, it is the responsibility of the national security community to explain US strategy and approaches to these issues to businesses, as well as offering them suggestions regarding how they can support these strategies, GEN Votel argued. He then added that the threat China poses to the US is significantly different than the threat posed by the Soviet Union during the Cold War for a number of reasons, including the relationship between the US and Chinese economies and China’s interest and development of emerging technologies, such as 5G and artificial intelligence (AI).

It is critical to highlight what is at stake within great power competition. According to GEN Votel, there needs to be a national dialogue about what is at stake if US does not prevail in its competition with China. This is made more difficult due to the polarity within the US, which must be overcome in order to properly address these concerns. Beyond conversations within the government and private sector, it is also critical to bring these concerns into academia and the education system, GEN Votel argued. Moreover, he stated that China is capable of destroying some of the US’s defense systems that are not immediately replaceable. So, the US, therefore, needs to develop acquisition and development capabilities that take into consideration these kinds of threats. To conclude, GEN Votel explained that there is a developing global consensus that pushback on China and some of its policies is necessary, given the threat that China has posed both domestically and internationally.