COVID in a World Where Power Is Ending: A Conversation with Dr. Moisés Naím 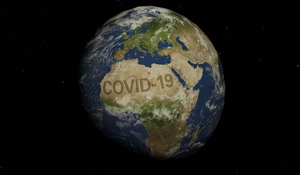 Dr. Naím began by discussing the “end of power,” a concept described in his book, The End of Power: From Boardrooms to Battlefields and Churches to States, Why Being in Charge Isn’t What It Used to Be. Dr. Naím argued that in the 21st century, power became easier to acquire, harder to use, and easier to lose. Further, there are underlying trends and themes existing in the world that are driving the fragmentation of power, according to Dr. Naím. He stated that if a state has power that it wishes to exert, it must have a perimeter in order to exercise that power. Changes in values and expectations around the world also pose barriers to states who seek to exert their power within those perimeters. Moreover, much of the events occurring around the world today can be better understood by studying the forces that weaken and strengthen power. The current pandemic, Dr. Naím argued, is an example of one of these forces that reduce power and is evidenced by weakening governments across the world. Some regimes have attempted to use the pandemic to fragment and consolidate power in a way that does not necessarily benefit the citizens of their countries. There have been suspensions of civil liberties and civil rights. There have been electoral disruptions, from postponement to changes in electoral practices, in order to accommodate the health hazards of the pandemic. There has also been an increase in the use of military. Some of these examples of how the pandemic has shifted the balance of power in various nations have even occurred in the US, Dr. Naím stated.

One benefit of the pandemic, according to Dr. Naím, has been the acceleration of a digital revolution and digital transformation, as they have enabled the provision of more resources through virtual interactions. On the other hand, the world has witnessed an acceleration in public spending in reaction to the current global economic crisis, a treatment that drastically differs from the US’s response to the 2008 economic recession. Furthermore, significant frictions have emerged between superpowers, particularly between China and the US. These examples illustrate how many global trends that existed prior to the pandemic have been accelerated by this event. Perhaps the most important of these trends, Dr. Naím suggested, are climate change and the acceleration of climate change’s harmful effects, such as climate-motivated refugees. He then added that artificial intelligence is another critically advancing trend in the world, particularly in electoral politics, that he anticipates will become a major player in the future world order.

Dr. Naím concluded his talk by discussing Russia’s role as a superpower in a post-COVID world. Russia does not have a strong economy, the demand for its primary exports is dwindling, and an economic boom is not expected. However, Russia has devised a way to become a superpower on a shoestring, predominantly through its cyber capabilities—a development that is concerning, from a US standpoint, moving forward.

This speaker session was not recorded, as per our speaker’s request.