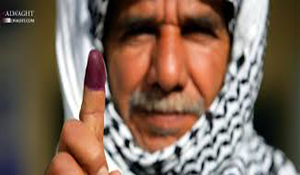 Question (R5.3): How much influence can Iran wield in the next Iraqi election?

Iraq is a parliamentary democracy and, as the April 2018 elections approach, political jockeying for votes and influence has already begun. Iraq has a unicameral house called the Council of Representatives (COR). As in other parliamentary systems, members of the ruling party or coalition choose the prime minister. So regional and domestic actors seeking to influence the election of a particular candidate for prime minister must start by ensuring its preferred political party or parties win enough seats to be in the majority.

Overview of Key Players and Parties

For Iran, its most important regional security priority is maintaining political influence in Iraq and Syria, according to Dr. Paul Rogers of Bradford University. Therefore, ensuring that a pro-Iranian government emerges from the April 2018 parliamentary elections is a critical interest for the country. According to Dr. Gawdat Bahgat of National Defense University and Dr. Anoush Ehteshami of Durham University, Iran does not view the conflicts in Syria and Iraq as foreign wars. It will not accept a Sunni dominated government in either country. Furthermore, Iran cannot tolerate a US-friendly government in Baghdad.

Iran wants to reorder politics in Iraq to remove the American military presence, according to Dr. Munqith Dagher of IIACS, an Iraqi polling firm, and Dr. Karl Kaltenthaler of University of Akron and Case Western University. Iran used to tolerate US military presence in Iraq, but now that Iran believes it can defeat the remainder of ISIS forces, it has begun to see US presence in the country as a threat to Iran’security. US military presence is also a hindrance to its goal of securing a supply and influence route through Iraq and Syria to Hezbollah in Lebanon, according to Professor Zana Gulmohamad of University of Sheffield. Some refer to this poetically as the Shia Full Moon, according to Dr. Diane Maye of Embry Riddle Aeronautical University.

While Iran’s interest in the outcome of the election is clear, experts disagree about the extent to which Iran would take direct action to ensure a pro-Iranian outcome. One school of thought contends that Iran will do everything in its power to ensure a pro-Iran government emerges (Dagher, Kaltenthaler). Experts point to evidence of this interference in Iranian exhortation to ensure that Shia political factions remain united (Gulmohamad). Furthermore, Drs. Dagher and Kaltenthaler suggest that Iran is behind a strategy to undermine Abadi’s power by accusing his allies of corruption.

The other school of thought suggests that Iran will not directly or overtly interfere in the elections as long as they are satisfied that their interests remain protected (Rogers). The political environment already skews towards the continued, if not increased, influence Iran enjoys in Iraq. An anonymous contributor from TRADOC’s Global Cultural Knowledge Network suggests that Iran is playing a long game. It is unlikely to directly influence the election, but it will continue to pursue establishing a Hezbollah-like strategy in Iraq using Iranian-backed Hashd al-Shaabi (or Political Mobilization Units – PMUs).

Iran has a clear preference for the next prime minister. Within the leading Dawa party, there are two factions: the secular/nationalists lead by current Prime Minister Haider al-Abadi and the Iranian-backed hardliners lead by former Primer Minister Nouri al-Maliki (Dagher, Kaltenthaler, Maye, TRADOC). Iran is strongly backing al-Maliki and his associated hardline candidates in the upcoming election (Dagher, Kaltenthaler, TRADOC). Maliki is a natural ally of the PMUs who are increasingly registering as political parties and presenting candidates in local elections (Dagher, Kaltenthaler, Rogers, Serwer). While Iranian-backed political parties are building momentum, Abadi is drawing on the support of a number Iraqis uncomfortable with the extent of Iranian influence in Iraq (Dagher, Kaltenthaler). Additionally, Iraq’s Arab national identity remains strong, and support for Abadi’s more secular, nationalistic style of leadership is growing among Sunni and Kurdish populations (Abdulla, Dagher, Kaltenthaler).

It goes without saying that Iraq has a very fluid landscape due to the maneuvering of new political entities and the changing security environment; therefore, it is difficult to forecast the results of or the degree of influence Iran will have in the outcome of the election, Drs. Dagher and Kaltenthaler note in their contribution. Furthermore, given that Iraq has a parliamentary system, much of the negotiations to determine which parties will comprise the ruling coalition and who will be prime minister will take place after the election. Perhaps the three most important actors are Abadi, Maliki, and the Sadrist party with Abadi or Maliki most likely to emerge as the prime minister (Dagher, Kaltenthaler).

Army TRADOC’s Athena Simulation team conducted a futures analysis to examine the relationship between existing political blocs and the Iraqi population. They assessed the ability of various political coalitions to successfully form a government and to gauge the level of influence of foreign state actors on various political parties. While the study looked at seven potential electoral outcomes, one interesting thread was that Iran was only able to sway the election results by about 20% in some scenarios. This is a significant, but not deterministic, level of influence. Because Iran cannot outright determine the outcome of the election, minor parties such as the Sadrist Movement could become “king makers” (Liebl, Maye, TRADOC). The Sadrist party—a Shia nationalist party with an expansive following—has had shifting alliances in the past (Maye). However, lately it has been building bridges to Sunni Arab and Kurdish populations to push back against Iranian influence (Dagher, Gulmohamad, Kaltenthaler, Maye). The Hakim party—the National Wisdom Movement—could also play a role in shifting the election towards one faction of the Dawa party or the other (Dagher, Gulmohamad, Kaltenthaler, Maye, TRADOC).

Implications for the US

The biggest concern, which Dr. Rogers describes as “one of the worst negative outcomes of the war since 2003,” is the rising influence of PMUs on the government in Baghdad. These Iranian-backed militias have become an essential part of the Iraqi armed forces and their move to create political parties and seek seats in the COR enhances Iran’s grip on the government. With whatever limited influence the USG has, it should encourage Baghdad to restrict armed militias from participating as political parties, according to Perry Cammack at Carnegie Endowment for International Peace (see also Rogers, Serwer).