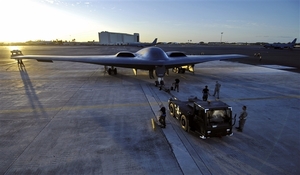 SMA hosted a speaker session presented by Mr. Damon Coletta (US Air Force Academy) as a part of its SMA STRATCOM Academic Alliance Speaker Series. During his brief, Mr. Coletta discussed game theory’s application to modern deterrence. He began by explaining the basics of game theory, highlighting that it evolves out of market-level analysis and adopts a set of economic assumptions regarding payoffs and strategy. He then stated that, when applied to deterrence, game theory can be used to assess whether there is an instrumental rationality behind an adversary’s actions, as well as what their rationality and/or preferences might be. Moreover, game theory can help US deterrence strategists look at historical cases through a different lens in order to gain new insights regarding counterintuitive behavior and rationale. Mr. Coletta shared two books, Samuel Popkin’s Rational Peasant (1979) and his own Trusted Guardian: Information Sharing and the Future of the Atlantic Alliance (2008), which both apply a game theoretical perspective to historical events. He then discussed some criticisms of game theory presented by the policy community regarding proofs of strategy equilibrium, preference orderings and functions, and complex situations (i.e., n-person games, partial information, and new options arising during a crisis). Mr. Coletta followed with a series of responses to such criticisms, highlighting that many could be directed at political science as a discipline as well. He then touched on a series of books that apply game theory to deterrence, including: 1) Robert Powell’s Nuclear Deterrence Theory: The Search for Credibility (1990), which compares risk-taking and limited war bargaining; 2) Robert Jervis’s The Illogic of American Nuclear Strategy (1984), which discusses the stability-instability paradox;  and 3) Samuel P. Huntington’s The Soldier and the State: The Theory and Politics of Civil-Military Relations (1957), which discusses principal-agent incentives; and 4) Peter Feaver’s Armed Servants: Agency, Oversight, and Civil-Military Relations (2003), which also touches on principal-agent incentives. He then suggested that game theory be applied to game play to help better understand a game’s outcomes. To conclude, Mr. Coletta highlighted a series of groups’ current work focused on incorporating game theory into deterrence thinking.