Innovation Amongst Allies Now—Greater Than the Sum of the Parts 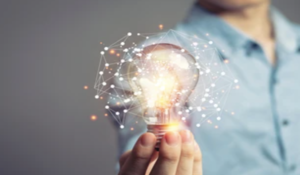 Prof. Finkelstein suggested that adding individuals to a decision-making process or a group working to create innovation will only slow down the process due to the need to argue differing viewpoints in the short-term. However, increasing collaboration and debate between governments and their research organizations will result in more effective innovation over the long-term. He stated that the USG and the UK government should recognize that areas in which they can collaborate include quickly evolving technology, peer innovation competition, space, strengthening domestic prosperity and national security, coordinating shared policy perspectives across the Atlantic for science and technology, and understanding where their national security agendas are intrinsically linked. Prof. Finkelstein left the audience with the argument that, despite their many convergent interests and shared values, the US and UK are ultimately economic competitors. The USG is also a much larger institution than the UK government and can operate on a larger scale.

Dr. Grayson commented that not only can the pooling of resources among allies can generate innovation around convergent interests, but innovation can also cause alliances to form or strengthen. One of the best ways to create a better environment for innovation to quickly occur, according to Dr. Grayson, is to stop using the current mission focused collaboration between allies and instead focus on a systems-based approach. By focusing on a systems approach, both warfighters and operators will be able make quicker adjustments when an adversary strikes. Dr. Grayson also stated that innovation does not always refer to technological advancements; it also refers to how countries pool their resources and strategize to either avoid conflict or to war fight in the 21st century. This cooperation and pooling of resources among allies will ultimately help nations address global issues together.

Ms. Hancock continued the focus on a collective approach to security by stating that the increasing connectiveness among countries and societies is changing how the USG and the UK government both protect their democratic systems and global supply chains. This issue is usually framed in the context of the West’s geopolitical competition with China. China is assumed to have an advantage over democratic countries due to its whole of society (WOS) approach that allows it to control its private sector and force its civilian population to obey its laws absolutely. Ultimately, to compete with a country that can force cooperation among all of its society, the US will need to rely on its ability to attract global talent, cooperate with its private sector to protect new dual use technology, and pursue an allied approach, according to Ms. Hancock.

This speaker session was not recorded, as per the request of our panelists.