Learning From Crises Like COVID-19 at Multiple Speeds of Relevance 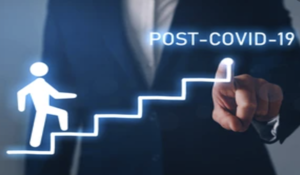 Lord O’Donnell began the discussion by recalling several moments when the UK’s government was forced to react to a national or international crisis. These events were Desert Storm (1991), Black Wednesday (1992), the Global Financial Crisis (2008), and the COVID-19 pandemic (2020). One characteristic that these events had in common, excluding Desert Storm, was that there was no contingency plan in place when the crisis began. The lack of a contingency plan by the government was either a result of the event occurring too quickly or, as in the case of Brexit, the government did not want to influence how the public voted in a referendum. Lord O’Donnell emphasized that even if a government does not have a contingency plan, it is still important for that government to gather data and react quickly to events. In the case of the COVID-19 pandemic, when it first broke out, the UK government was working on a contingency plan for a flu virus. COVID-19 is not a flu, however, so the government was left with only a partial contingency plan. The COVID-19 pandemic also demonstrated how dealing with a global pandemic is not solely a medical issue but a societal issue. When addressing how to best counter a pandemic, it will take input from the whole of society, which includes educators, medical personnel, politicians, and communicators, Lord O’Donnell argued.

Sir Lawrence focused on the lessons learned throughout the COVID-19 pandemic. He emphasized that when addressing a global pandemic like COVID-19, the agenda set while studying it is important and should include a plan to learn from the experience in real time. One should also recognize that occasionally, scientists panic and can be alarmists. Furthermore, countries that were the last to be affected by the pandemic had to use the countries that were initially affected as examples. This caused democratic countries to use autocratic countries, like China, whose pandemic experience was quite different, as examples to combat the spread of COVID-19. Sir Lawrence did emphasize that the UK did have several success stories coming out of the pandemic, however. These successes include its vaccination program, which was run by its central health service.