Motivations and Costs to Contest Uses of Space 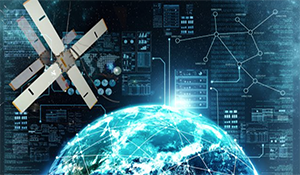 [Q3] What are the motivations of nation-state and non-state actors (e.g., violent extremists, etc.) to contest use of space in times of peace, instability, and conflict? What are the political, military, environmental, or social costs associated with acting on those motivations? A Virtual Think Tank (ViTTa)® Report.

Subject matter experts generally agreed that there were multiple motive pathways for nation-states to contest use of space. These pathways were:

Experts also agreed that there are very high costs associated with acting on any of these motives, although they disagreed on whether high costs increased or decreased the likelihood of conflict.

Motivations to Contest the Use of Space

Experts proffered three baskets of motives for why an actor would contest space: space domain dependence, the prestige of space capabilities, and the lack of alternative dispute resolution mechanisms.

The Vulnerability of Terrestrial Components from Space Domain Dependence

Dr. Malcolm Davis of the Australian Strategic Policy Institute observes that “space systems are vital to the functioning of the US economy and society.” In addition to the economic importance, Dr. Davis notes that space systems also are the bedrock of a “Western way of war,” which “exploits precision, high operational tempo, and joint military operations.”

The ViaSat, Inc. team concluded simply that “the most easily identifiable motive of nation-state and non- state actors against space ecosystems…is to disrupt military command and control.” In other words, the centrality of space systems to the United States’ economic and military operations makes those systems an attractive target for adversaries of the United States seeking to gain terrestrial advantages. Colonel Timothy Cullen5 of Air University warns that adversaries would target space systems “to punish the US and its allies economically, to demonstrate the vulnerability of US and allied space weapons or communications systems, to simply test the effectiveness of unfriendly actions, or a combination of all the above.” Targeting assets in the space domain is one of the most cost-effective ways to reduce US military and informational advantages, according to Dr. Namrata Goswami of Wikistrat and the Auburn University Futures Lab. Dr. Goswami notes, “During conflicts, space based assets like military satellites could be taken down by an adversary to deny precision guidance to missile systems, jam early warning for incoming missiles, and deny data and information on enemy positions. Non-state actors with access to space based capabilities could utilize it to deny access to data like jamming GPS, and reconnaissance.”

Major General (USAF ret.) James Armor6 highlights that “extremists” who are not dependent on space would risk targeting assets in space to harm terrestrial components that are dependent on space systems. Rather than “unsung nations” looking for prestige, the main risks of conflict in space stem from the “unplugged actors” looking to level the playing field. Theresa Hitchens, of the Center for International and Security Studies at Maryland, buttresses this view that disconnected extremists— which she refers to as “outliers”—are the likely sources of contestations in space: “I don’t see any motivation for anyone, with North Korea being an outlier because who knows what their motivations are, in actually harming space as an environment because there’s too much social and economic and military benefit coming from space for anyone to really want to contemplate ruining space for everybody else.”

The Prestige of Space Capabilities

Dr. Deganit Paikowsky of Tel Aviv University proposes that “space capability became (and still is) an important mark of great powers.” Space capability, therefore, is a marker of status and influence in world politics. It provides tangible and intangible benefits; as such, it is also a source of prestige. Sergeant First Class Jerritt Lynn,7 United States Army Special Operations, observes: “International prestige was a factor during the space race, and it continues to be one as other states are pushing their way into the international spotlight.” Similar prestige motives animate China’s national space program, according to Lynn: “China just recently finished construction on the Five-hundred-meter Aperture Spherical Telescope (FAST) in Pingtung. This is currently the world’s largest radio telescope…As the international scientific community uses this platform, it will garner international prestige, grant the opportunity to conduct cutting-edge research, and aid in China becoming a global leader in the space
and science community.”

Prestige motives, however, are not necessarily identical to the motives to contest other countries’ use of the domain in which prestige is pursued. In the space domain, these motives for great power status are part and parcel of the motives to contest, experts argue, because of the dual-use nature of space systems. Dr. Gawdat Bahgat, of National Defense University’s Near East South Asia Center for Strategic Study, notes that this dual-use is the source of space programs’ prestige: “A space program consists of satellites and communications infrastructure—it has many civilian uses. This is why space programs are still prestigious.” The dual-use nature of space systems means that any pursuit of advantages in the space domain has major cross-domain implications for the relative strength of various instruments of national power.

Prestige motives can play out regionally or globally. Dr. Martin Lindsey of US Pacific Command characterized regional factors as being the chief drivers of the dynamics of national space program development in the Asia-Pacific: “There are various space races going on in the Asia Pacific region—the big ones being between China and India, and then to a lesser degree between China and Japan, and these are more tied up in nationalism and global prestige.” The interplay of the pursuit of prestige and the cross-domain effects of increased space capability leads Brett Biddington of Biddington Research Pty, Ltd to lament: “I would say that I think that war is already on in space—it’s just not declared…The profound issue here is, of course, that almost everything we do in space is dual-use or can be badged as being dual-use.”

Pursuit of Sovereignty Claims in the Context of Unclear/Unsettled Rules

Our experts generally agreed that only certain actors would have the means and the motive to contest the use of space. That current set is generally the “Big Three” space-faring nations—the United States, Russia, and China—although Dr. Bahgat also included India as a major space-faring nation.

Dr. Goswami posits that the “lack of international regulatory framework that could adjudicate and establish ownership, a dispute may break out during peace time.” Dr. Bahgat provided the most succinct summary of the four potential goals that might lead space-faring nations to contest countries’ use of space:

Of these four goals, the latter three relate to how the lack of rules about how to articulate sovereignty in space also can lead these (generally sovereignty-obsessed) space-faring nations to contest the use of space.

Costs Associated with Contesting Use of Space

Of the subject matters experts who explicitly advanced a view of the costs of contestation, all were in agreement that contested space operations are very expensive and have hard to anticipate second- and third-order effects. The subject matter experts from ViaSat, Inc. suggested that contesting the use of space could occur in any domain, since the space ecosystems exist in multiple domains, and the means would likely be the least attributable, most detrimental, lowest cost approach considering all the ecosystem domains.

In general, contributors to this response suggested three distinct reasons why contested uses of space, in space, would be (potentially prohibitively) expensive:

In conclusion, the costs associated with contesting other countries’ use of space, in space, is extremely high, while the cost to contest a space ecosystem in its ground or cyber domains could be much less. Although many experts thought that the costs to a country’s own space assets make contestation in space too risky for most space-faring nations, they did agree that the same nations possessed multiple motives that could lead them to consider it. In addition, if a nation state or non-state actor “considered” contestation, they may also consider targeting the space ecosystem in a non-space domain.

The motives to do so stem from: the vulnerabilities and sensitivities that come from increasing cross- domain dependence on space systems; the national pursuit of space programs as a form of (major power) prestige and status in the context of dual-use space capability; and the yet unresolved rules about how to establish sovereignty space in an environment with increasing demands for stable commercial and/or national property rights in space.