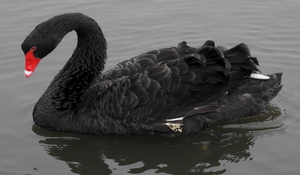 Dr. Dorondo and Dr. Jiang discussed how China’s and Russia’s relationships with key actors in the CENTCOM area of responsibility (AOR) will play out in the short term (2020-2025), the medium term (2025-2035), and the long term (2035-2045). Dr. Dorondo highlighted that, in the short term, one can anticipate a movement from an unstable status quo towards significant change, including a new great power rivalry involving China and Russia (on the same side) and the US. In the medium term, one can expect a “Colder War” political dynamic in the CENTCOM AOR, as well as a transition from a US-centric regional alignment to a Russia-centric regional alignment with Chinese engagement involved as well. In the long term, one can anticipate more authoritarian regimes than democratic states in the region, continued conflict amongst great powers, and a rebalanced regional power structure. Dr. Jiang then stated that China is the stronger of the two powers—Russia and China—even though it still has a relatively new presence in the CENTCOM AOR. Thus far, China has focused on regional security and the expansion of its Belt and Road Initiative (BRI) in the area. Dr. Dorondo added that Russia and China will act in pursuit of their goal to weaken US dominance in the CENTCOM AOR and might collectively seek to create new alliances with regional actors. As a result, the US cannot afford to cease defending its interests and maintaining its long-established relationships with nations in the region. Moreover, he US has the ability to counter Russian and Chinese influence by strengthening its own relationships with nations within the CENTCOM AOR and by using Russia’s and China’s shortcomings to  its advantage. To conclude, Dr. Dorondo stated that China’s and Russia’s alliance with key players in the CENTCOM AOR will present a geostrategic challenge to the US. Therefore, an effective overarching strategy must be developed to guide US-China and US-Russia relations moving forward.

Next, Dr. Ackerman and Dr. Clifford presented the results of their Strategic Dynamics Red Teaming (SDRT) event. Dr. Ackerman stated that the purpose of this event was to explore broader strategic dynamics in the CENTCOM AOR with respect to key competitors (i.e., Russia, China, and Iran) following the targeted killing of Qassem Soleimani. The team conducted four simulations, each involving a red team (Iran, China, and Russia), a blue team (the US), a green team (Saudi Arabia, Israel, and the EU), and a white team (the rest of the world). The participants received customized background information on their specific nation, consisting of a leadership profile, insights into recent activities and events in the AOR, and the nation’s strategic orientation towards the AOR and the US. Each team also received a primer in order to minimize biases during the red teaming event. Dr. Ackerman explained that during the game, there were three consecutive rounds covering 2020, 2021, and 2022. Participants formulated broad strategies and operational objectives according to interests, communicated with other actors, and responded to the overt and covert actions taken by other players with their own actions. Dr. Clifford then highlighted Dr. Ackerman’s and his primary findings. He highlighted that across sessions, the most common strategic goal among adversaries was to diminish US influence and power in the AOR. Russia and China, namely, both sought to expand their economic growth in the region and increase their status as a regional diplomatic partner. Moreover, the US, Russia, and China all engaged in disinformation campaigns in at least one session. Red actors tended to utilize military covert actions, while green and blue tended to engage in more intelligence-focused actions. To conclude, Dr. Ackerman briefly discussed the prototype natural language processing of the communications and other text-based outputs produced by the participants that he and Dr. Clifford completed after the event.

Dr. Kuznar focused his presentation on black swans and gray rhinos. He and the NSI team employed machine learning techniques and conducted a series of interviews with subject matter expert on a wide range of topics, including climate change and water scarcity, in order to look at gray rhinos and black swans in a variety of ways. to begin, Dr. Kuznar explained that gray rhinos are predictable events that we choose ignore, whereas black swans are surprises generated by complex systems. Complex systems are deterministic, non-linear systems that appear random but are actually not. He noted that individuals’ ignorance is what makes these systems appear unpredictable and random. Keeping these definitions in mind, Dr. Kuznar argued that many events that we consider to be black swans really are gray rhinos. He suggested that there are two types of gray rhinos: lumbering rhinos and sneaky rhinos. Lumbering rhinos are predictable events that individuals ignore and that can be identified via classic statistical modeling, whereas sneaky rhinos are probabilistic threats that individuals can anticipate via rare event models and machine learning. True black swans, in contrast, are surprises resulting from the ignorance of complex systems and can be examined using computational models. Dr. Kuznar then presented a series of probable lumbering gray rhinos in the CENTCOM AOR specifically, including: 1) political instability, which is driven by corruption, food insecurity, water vulnerability, and competition between elites; and 2) terrorism, which is primarily driven by state terror and secondarily driven by both youth bulges and unemployment. He also identified a series of sneaky gray rhinos, including COVID-19 and thresholds related to corruption levels, state terror, temperature, and water. To conclude, Dr. Kuznar stated that CENTCOM can identify potential analytical black swans by looking for those events that emerge from complex systems from non-linear interactions in the region.