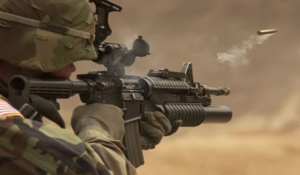 SMA hosted a speaker session presented by Dr. Raphael Cohen (RAND) and Dr. Howard Shatz (RAND) as a part of its SMA General Speaker Series. This brief focused on what the future of conflict looks like. Dr. Cohen, Dr. Shatz, and their report coauthors examined the top trends in seven different fields within the changing strategic environment and how they would interact with each other to shape the future of conflict. These fields include 1) geopolitics (e.g., “American angst,” China’s rise, the return of Russia, turmoil in the Middle East); 2) environment and geography (e.g., what climate looks like in certain parts of the world due to climate change); 3) cyber (e.g., espionage and sabotage); 4) space (e.g., what the increasing commercialization of space and the creation of the Space Force mean for space); 5) economics (e.g., increasing trade barriers, decreasing shares of the global economy among the US and its allies); 6) restraint (e.g., legal restraints and lawfare, increasing public concern for civilian casualties within Western democracies); and 7) military (e.g., decreasing American force size, increasing capabilities among adversaries). Dr. Cohen then discussed who and where the US will fight future conflicts. He highlighted that the US’s adversaries will remain relatively the same due to conflicting interests. The US’s alliances may shift a bit, however, due to differences in priorities, tensions arising between the US and more traditional Western alliances, and realignment in Asia as countries become more involved with China. Dr. Cohen stated that although the Middle East remains the most likely theater for conflict, Asia is rapidly becoming the most dangerous theater for conflict. This is due to an increasingly aggressive China, the large amount of weaponry that Asian countries are buying, and longstanding territorial disputes. Next, Dr. Cohen discussed what types of conflicts the US is likely to engage in and how it will fight. He stated that high end conflict will be more likely, though it will not replace low end conflict. Waning US conventional superiority will also come into play, as China and Russia have been making large military investments to close the gap between their militaries and that of the US. Furthermore, the drivers of substate violence terrorism will not diminish, and gray zone activities will remain a cheaper, preferred option for US adversaries. Dr. Cohen then stated that the US’s quantitative and qualitative advantages will be diminished as it engages in these conflicts due to China’s ability to maintain a larger defense industrial base and the US’s inability to have a lock on the newest technologies. To conclude, Dr. Cohen spoke about why wars will be fought and the implications for the DoD. He stated that there will be a reemergence of old drivers of conflict, including alliance entrapment and rival hegemonic ambitions. Dr. Cohen also advised the DoD to 1) remain vigilant in terms of terrorism and substate violence, 2) be mindful of the fact that the Middle East will likely continue to drain resources, and 3) remember that no technological solution can compensate for posture.

Dr. Shatz assisted Dr. Cohen with much of this research and offered his insights regarding the material during the Q&A session following the presentation.