What Are Societies, and What Keeps Them Together and Tears Them Apart? 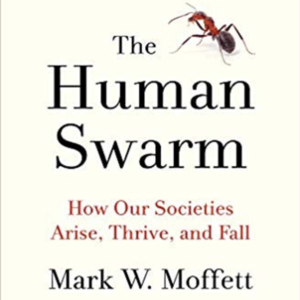 “What Are Societies, and What Keeps Them Together and Tears Them Apart?”

SMA hosted a speaker session presented by Dr. Mark Moffett (National Museum of Natural History, Smithsonian / Harvard University / National Geographic) as a part of its SMA General Speaker Series. Dr. Moffett’s presentation focused on his book, entitled The Human Swarm: How Our Societies Arise, Thrive, and Fall. He began by stating that for humans and a number of animals, membership in a society is involuntary and expected. He then explained that societies are often defined as being a cooperative group, which he found odd. He stated that cooperation is an important focal point when examining societies; however, disfunction within societies is just as important to examine. Thus, according to Dr. Moffett, an examination of societies should focus more on what it means to be a group rather than cooperation. He then explained that there are two fundamental types of societies: 1) individual recognition societies and 2) anonymous societies. In an individual recognition society, every member must know every other member on site, and there is no in- or out-group. In an anonymous society, however, members do not need to know every other member in their society. Instead, they are distinguished from outsiders based on shared features or behaviors. Mr. Moffett used both ant and human societies as examples of anonymous societies with infinite membership. However, humans do not use scent to identify other members of a similar subgroup—they use markers such as flags or movements like the way an individual moves their hands or walks. Mr. Moffett then asked, “Can we discard our societies, combine them into one, or make them secondary to a universal union of humanity?” He answered no and used a country’s membership in the EU or UN as an example. He also explained that human and animal societies never freely merge; they stay apart, and their differences remain important. Moreover, groups give humans meaning and validation, and since the formation of groups goes back to ancient times, making it nearly impossible for us to cease forming them. Mr. Moffett also spoke about the breakdowns of identity and the formation of new societies. He explained that societies are inherently unstable, and new societies emerge every few hundred years through two steps: 1) subgroup formation and 2) (years later) division. Most often, the breaking points of societies seem to be along dividing lines, such as country borders. To conclude, Mr.  Moffett stated that accommodating societal changes will be key to keeping the massive societies that exist today together.

Due to technical difficulties, this speaker session was not recorded.

Mr. Moffett also used slides, which can be made available upon request.