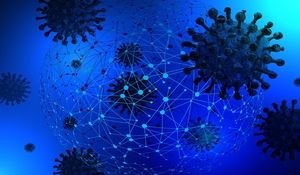 Dr. Wright first set the scene on how artificial intelligence (AI) has been reshaping critical systems globally. He explained that AI has contributed to the rise of digital authoritarianism in China. AI has also added to the digitization of liberal democracies in the US and Europe. Nations that have adopted these different models are competing for influence in the global system, in which there are critical swing states that may embrace one model over the other. In other words, there is global competition among states with competing visions regarding how we can digitize. COVID-19 has made all of this more pressing due to the rapid global movement towards digitization over the past 8 months. Dr. Wright then discussed the benefits of surveillance, highlighting that the use of surveillance technologies has been entirely necessary in order to enable the rich, industrialized world’s social and economic progress over the past two centuries. Furthermore, actors can determine possibilities for utilization of surveillance technologies based on their state’s environment. This leads to a central question: How does one establish democratically-accountable rules and norms that provide as much of the upsides of AI-supported surveillance as possible, without creating technological affordances that could facilitate authoritarian concentrations of power?

Mr. Nemitz continued the discussion by emphasizing the importance of technology not only in our individual lives, but also in our communities and the functioning of our democracies. He argued that there is a power concentration issue not only in the US (among a few companies in Silicon Valley), but also globally. The power concentration among these companies will only grow as AI develops, Mr. Nemittz cautioned, making them central to data and information. Knowledge is power, and these companies know how to use and analyze this data to influence. Today, the challenge is no longer to digitize democracy; the challenge is to democratize the digital. This becomes more important as digital tools become increasingly more powerful. There are many public goals of AI and surveillance, but we must put limits on these technological activities in order to preserve creativity through privacy, according to Mr. Nemitz.

Next, Dr. Weiss discussed China’s digital model. China has used COVID-19 as a public relations opportunity to advertise the superiority of its response and pandemic-fighting model. That said, China’s exports are only one part of the story. China is subsidizing and selling these technologies in order to influence states globally and pursue its own model, according to Dr. Weiss. Understanding China’s intentions is critical in assessing the threat that this may pose to the US and its allies, she stated. China’s overriding objective is regime security. It is less interested in forcing countries to reflect its image, but rather, it is focused on achieving regional dominance and securing the Chinese Communist Party’s (CCP) authority. Even though China’s technological advancements at home have been primarily driven by the Chinese government’s interest in regime security, these technologies still have international applications, making it easier and more appealing for other countries to use these technologies and potentially follow China’s example. Ultimately, the effects of Chinese-supplied technology depends on local politics, as well as the amount of pushback democratic institutions provide, Dr. Weiss stated.

Mr. Feldstein concluded the discussion by focusing on a survey of global swing states that the Carnegie Endowment for International Peace conducted. He noted that a significant amount of hedging occurs, particularly within countries that are more aligned with China. For example, there is evidence that Thailand was interested in partnering with China in order to access the technologies that China had to offer; however, Thailand also recognized the importance of hedging this relationship, given its strong relations with the US and Israel. There were similar messages coming from the Philippines and Ethiopia as well. In these global swing states, surveillance technologies may have dual-capabilities. For example, the same technologies that could be used in Ethiopia to confront threats from Al-Shabaab could also be used to lock up dissidents who challenge the state. Mr. Feldstein also stated that it is important to note that no other country is pursuing China’s state suppression strategy in a similar way—not even Russia. He then concluded by suggesting that the development and use of surveillance technologies will become an increasing arena for struggle, particularly in swing states and hybrid regimes.