SMA Prior Work in the Information Environment: An Annotated Bibliography 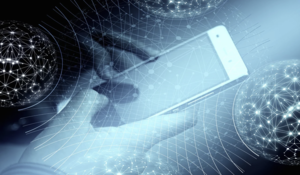 The current SMA project, Integrating Information in Joint Operations (IIJO), builds on a strong foundation of prior SMA work on influence and information operations. The themes underlying the research reflect shifting priorities as SMA has responded to requests ranging counterterrorism to deterrence to great power competition. However, the requirement to inform and influence actors and populations through effective, strategic communication remains consistent. This annotated bibliography comprises nearly 50 SMA studies and speaker series events in five areas related to the information environment: 1) bio-psycho-social drivers of instability, 2) messaging & counter-messaging, 3) competition and conflict, 4) influence, and 5) cyber considerations. The following section highlights the type of content that you can expect to discover in each of the five key areas related to information operations.

SMA has produced a significant body of work on the ways in which state and non-state actors use messaging to convey narratives and/or to influence populations. Several works in this section focus on effective counter-messaging techniques. These include 1) management of unintended negative consequences from counter-VEO influence operations, 2) maneuver and engagement against ISIS in the narrative space, 3) means of undermining ISIS’s virtual caliphate, and 4) identification of capability gaps in counter-ISIS messaging. Regarding state actors, studies explore the use of narratives to shape Russian and Chinese behavior, as well as narrative analyses of Russian, Chinese, and Iranian media.

Much of SMA research over the past ten years has focused on the drivers of instability, particularly in the context of countering violent extremism and destabilizing population dynamics. In trying to understand why individuals and groups choose or reject violence, SMA turned to the neuroscience and cognitive psychology communities for insights. Reports submitted in this area particularly explore the neuro-cognitive basis of deterrence and extremism.

SMA research also considered the theoretical, strategic, and operational aspects of the competition continuum, with particular focus on gray zone activities. In addition to developing a widely-held, theoretically-based definition of “Gray Zone” activities (or, operations below the level of armed conflict), SMA’s work in this area has examined the motivations for actors to engage in “gray activities,” how the US should respond to such activities, and the capabilities needed to respond effectively.

Alongside other studies related to information and influence, SMA has explored topics in the “fifth domain” pertaining to cyber and information warfare, emerging technologies such as machine learning and artificial intelligence (AI), and strategic ambiguity. While cyber considerations have not been a driving factor in SMA studies, its importance for information and influence activities is acknowledged through papers and speaker events at the intersection of the cyber realm and communications theory.

All other reports relating to effective communication and persuasion are included in this last category: influence operations. Reports in this section range from managing unintended consequences of messages to understanding target populations to identifying communication techniques and patterns used by adversaries. Reports in this section often grapple with how to best conduct influence operations in an increasingly complex and connected world.