The Clash of Values in the Middle East and North Africa: Islamic Fundamentalism versus Liberal Nationalism 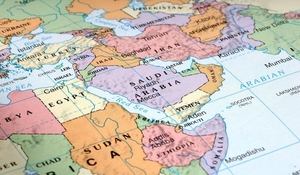 SMA hosted a speaker session as a part of its SMA CENTCOM/AFRICOM Speaker Series, entitled “The Clash of Values in the Middle East and North Africa: Islamic Fundamentalism versus Liberal Nationalism.” The speaker was Dr. Mansoor Moaddel (University of Maryland).

Dr. Moaddel began his presentation with an explanation of the methodology that he used in his research, which focused on shifts in values in the Middle East and North Africa. He identified four historically significant issues that act as features of cultural warfare: 1) secular politics, 2) national identity, 3) religious tolerance, and 4) gender equality. Dr. Moaddel assessed these four factors across a variety of countries, namely Iraq, Saudi Arabia, Egypt, Tunisia, and Turkey. He stated that secular politics act as a composite measure with four indicators: 1) separation of religion and politics, 2) desirability of a Western-type government, 3) Islamic governance, and 4) Sharia. Identity highlights the contrast between religious and national identity in Middle Eastern and North African countries. It also covers trends occurring in terms of national identity. With regards to religious tolerance, Dr. Moaddel constructed an index that posed a variety of questions aiming to measure individuals’ beliefs regarding Islam and the tolerance of other religious beliefs in Muslim-dominated regions. He constructed a similar index when examining gender equality, in which he posed five questions to individuals regarding their beliefs on equality between men and women. After conducting his research, Dr. Moaddel concluded that ideas are significantly important in bringing about a new pattern of historical development.