U.S. Nuclear Policy from the Cold War to 2020—A Comparative Analysis of the Nuclear Posture Reviews 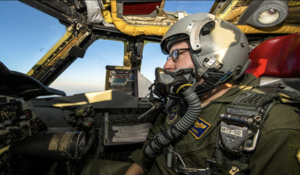 SMA hosted a speaker session presented by Dr. Anna Péczeli (Lawrence Livermore National Laboratory [LLNL]) as a part of its SMA STRATCOM Academic Alliance Speaker Series. Dr. Péczeli first stated that the main role of the Nuclear Posture Review (NPR) is for the current administration to assess the threat environment, outline nuclear deterrence policy and strategy for the next five to ten years, and align the country’s nuclear forces accordingly. She elaborated that, depending on the time and which administration was in office, the threats and challenges of the time and the scope of the NPR differ. Furthermore, the NPR is only the “tip of the iceberg” regarding US nuclear guidance because it is the only substantive document that individuals can access in the unclassified domain; the actual employment guidelines and operational capabilities behind US nuclear guidance are classified and much more complex. Dr. Péczeli proceeded to provide a brief history of each NPR to date. President Clinton’s NPR in 1994 focused on deterrence requirements in a post-Cold War period. She stated that the main threats the US faced at the time were conventional threats from the former Soviet Union, as well as Russian nuclear weapons in other countries. Dr. Péczeli claimed that a large accomplishment from this NPR that holds significance today is the extension of the 1992 nuclear testing moratorium and navigation guidelines regarding how to maintain a nuclear arsenal without conducting underground tests. President Bush’s NPR from 2001 was similar to Clinton’s in that it focused on employment decisions and deterrence needs. However, Dr. Péczeli emphasized that Bush’s NPR included all the components of effective deterrence, including nuclear and non-nuclear offensive strike systems, active and passive defense, and infrastructure. Because there was no longer a bipolar system of threats to the US, the growing spectrum of contingency plans and the importance of arms control became pillars of this NPR. President Obama’s NPR from 2010 was extremely transparent and a true interagency review, as it kept allies involved and willing to buy in. Obama navigated the balance between the vision of a world without nuclear weapons and maintaining a secure and effective nuclear arsenal. Dr. Péczeli suggested that this NPR also laid some of the framework for President Trump’s NPR, as the threats emerging relied on strategic stability with Russia and China, two countries in which the US is competing with in 2018. Next, Dr. Péczeli outlined some of the main similarities between the NPRs, including a testing moratorium, deciding against a “no first use” policy, and continuing investments in the modernization of nuclear forces and their supporting infrastructure. She also identified some of the primary differences between these policies, including the difference in transparency and interagency involvement, the formal and informal approaches to arms control, and the strategic stability vs. competition declaratory policies. To conclude, Dr. Péczeli stated that as the security environment changes to face different challenges, there have been many different approaches and shifts of focus, but there has also been also a great degree of continuity on three levels: declaratory policy, force structure, and operational policy.

Dr. Péczeli’s briefing materials will not be made available on this website. Please refer to the event invitation for her biography and slides.