NSI has conducted a variety of research and analyses focused on violent extremism and radicalization. Our efforts range from determining how to deter or influence violent extremist organizations; assessing terrorism scenarios based on nuclear smuggling and weapons of mass destruction; and modeling ethnic conflict, repression, insurgency, and social strife. 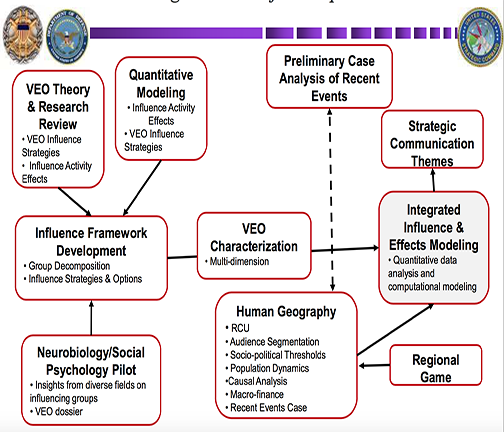 NSI was the technical lead for a pilot study focused on understanding potential intended and unintended consequences of influence actions against violent extremist organizations (VEOs). Utilizing techniques from our human behavior analytics, we combined social science and neurobiology expertise to inform our understanding of methods to effectively influence/deter and to assess anticipated and unanticipated effects of influence and deterrence efforts. We created quick turnaround analytical products that provided a multi-method, multidisciplinary exploration of Al-Qaeda in the Arabian Peninsula (AQAP). Our analysis enriched our understanding of how to effectively influence and deter AQAP, as well as assess anticipated and unanticipated first-, second-, and third-order effects of influence and deterrence efforts. We also developed a consequence planning framework and analytic methodology to aid planners and analysts in assessing and planning for possible second and third-order consequences of counter-VEO actions. We applied and tested the framework against Pakistan. 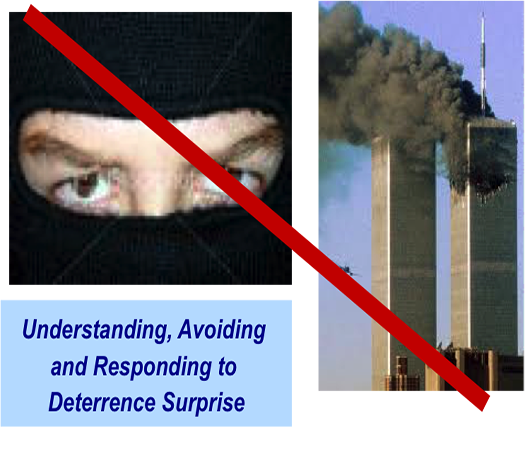 NSI led an effort to identify, examine, and evaluate the necessary theoretical concepts and relevant analytic techniques for assessing the causes of “deterrence surprises” and the secondary effects of US government and allied efforts to deter attack from violent extremist organizations. We utilized techniques from our human behavior analytics to examine the VEO literature for current theoretical understanding and quantitative and qualitative assessments of deterring VEOs and international responses to their operations. We also developed a conceptual VEO deterrence model that we trained on the 9/11 attacks to inform the construction of a conceptual VEO influence and response model that can be used to assess deterrence strategies against VEOs, adversary decision-making, and secondary effects and unintended consequences of various response actions. We tested the conceptual VEO deterrence model against additional exercise scenarios and roundtable workshops to derive strategic planning considerations including a VEO deterrence-decision model. As part of this effort, NSI also participated in the “Cyber on the Brain: The effects of CyberNeurobiology and CyberPsychology on Political Extremism” effort where we edited and contributed to a series of white papers focused on understanding research from the fields of CyberNeuroscience and CyberPsychology on political extremism, with a particular focus on exploring the nexus of the cyber realm and the physical realm. 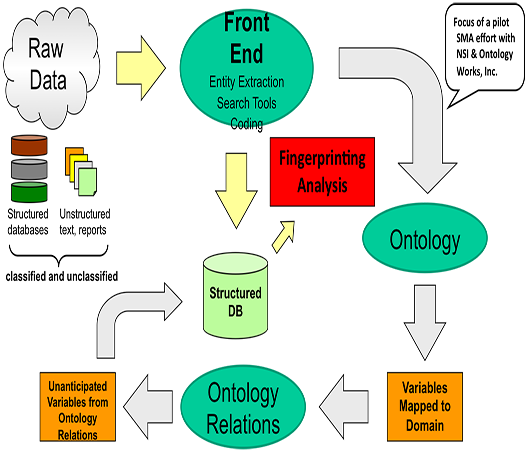 NSI led a modeling effort for the US Special Operations Command (SOCOM) where we conducted a classified and unclassified assessment of two Weapons of Mass Destruction-Terrorism (WMD-T) case studies: one focused on nuclear smuggling in the Caucuses and Southern Asian region, and the other focused on bioterrorism. For the nuclear smuggling case study, NSI developed a multi-modeling and empirical (inductive) statistical analysis technique termed “fingerprinting” that determined salient indicators of nuclear smuggling activity. The objective of the bioterrorism case study was to explore existing and future WMD-T developments through the elicitation and generation of adversary courses of action and associated indicators. Through the exploration of both existing and potential paradigms, a better understanding of the processes and procedures preceding a biological terrorism attack were obtained. 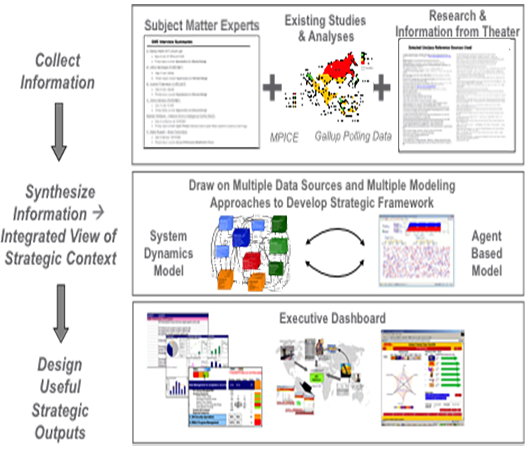 NSI conducted research, analysis, design, and development of a prototype modeling and simulation tool for projecting the dynamics of emerging ethnic conflict and the impact of military plans, policies, and actions. Utilizing techniques from our human behavior analytics, ERIS conducted basic research from leading social science literature of the dynamics of ethnic conflict, repression, and strife; mathematical design of the simulation using system dynamics and agent based models; simulation programming and software development in Java within the AnyLogic M&S platform; scenario design and implementation; empirical verification and validation of simulation results utilizing publicly available data; military utility assessment; and deployment of the simulation technology at client sites.