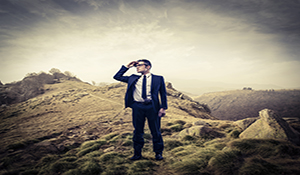 The Strategic Multi-Layer Assessment (SMA) office hosted the 10th Annual SMA Conference on 25-26 April 2017 at Joint Base Andrews. This year’s conference, formally titled “From Control to Influence? A View of—and Vision for—the Future,” brought together a multidisciplinary group of participants to consider how the US and its allies can more effectively counter the influence that recently re-emerging, capable states (such as China and Russia) and non-state actors (such as ISIS) exert on their neighbors and/or third parties through multiple elements of power.

The rise of Anti-Access Area Denial capabilities and the economic ascendance of China lead some to argue that we are moving toward becoming a more pluralized, multipolar world in which military and economic sources of power are widely distributed. Technologies (e.g., the Internet and rapid means of mass migration) are making nation states increasingly more porous, and a resurgence of nationalism and other forms of ethnic or religious identity politics has solidified some states and weakened others. The continuance of these factors may change the way that the US, its allies, and its adversaries consider and prioritize influence, both within the state and across interstate borders. This conference examined these trends, and explored possible implications for how such factors may necessitate an explicit focus upon “influence” rather than “control” and how influence could exert effects on national, regional, and global levels over the next 30 years.

Many of the conference’s panels touched on the human dimension of the challenges and opportunities the United States Government (USG) faces in the 21st century. The human element is a new aspect of competition and conflict that is not in the physical realm where the military typically feels most comfortable, but it is an environment that the military (and, more appropriately, the whole of government and whole of nation) must become more comfortable with.

Operating in this new world requires forms of mental agility that cannot be ordered on Amazon or developed in a military lab; it must be developed and nurtured. Societies must become more resilient— to attacks, to fake news, to unreasonable fears, and to reasonable fears as well. Creativity and surprise will become more important elements of US strategy than simply overwhelming military force. We must also do a better job of crafting and explaining our vision for the future international system, as this is another essential element of successful US strategy.

People will matter more in this new world, which means a successful US strategy must integrate not only whole of government, but whole of society to include industry, community groups, etc. Conflict is no longer solely in the military domain. Partly because of this, unclassified information will increasingly dominate intelligence analysis.

Warfare has always reflected new developments in society. Given the empowerment of individuals fueled by the information revolution, this has several implications for how the USG understands and interacts with populations (not just leaders). First, physical might is not going to always achieve strategic aims. We must use a soft power/influence/information strategy. Second, perceptions matter. We have a hard time accepting or acknowledging the validity of others’ perceptions, especially if we disagree with them. This hampers our effectiveness in communicating our strategy, influencing others’ behaviors, and responding to threats. Third, Target Audience Analysis (TAA) should not just be a Military Information Support Operations (MISO) process. Actions influence just as much, or even more, than messages do. Fourth, people are not persuaded by facts and logic. Neuroscience research show us that humans make decisions based on emotions first, and logic later.

As the conference shifted from defining new challenges brought by the changing environment, its focus turned to trying to understand how the Commands are dealing with these developments. The changing environment theme is not new—it has been a focus of SMA conferences for the last 10 years. But when we ask ourselves what exactly is so alarming about change, it is not only that the world is changing, but that parts of the US paradigm or strategy no longer work. The USG can no longer prevail by sheer application of overwhelming force. However, the US defense paradigm has not properly evolved or adapted to the changing environment. Conference participants suggested that the USG needs a new set of rules that are more adaptive to new and evolving environments. It is difficult for a bureaucracy to change, so this challenge should not be underestimated.

Ultimately, paradigms matter. The way we perceive and frame a challenge conditions and/or limits our responses. We clearly have blind spots. For example, the USG tends to apply the kinetic metaphor to influence operations. However, we cannot “win” in the information space by applying the equivalent of overwhelming force. Instead, we must understand the motivation and intentions of others, understand the environment in which they live, and—most importantly—understand ourselves.