Adversarial Tactics to Undercut US Interests in New Generation Warfare 2019 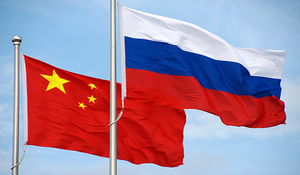 Adversarial Tactics to Undercut US Interests in New Generation Warfare 2019

This report addresses the elements of narrative that lend coherence to US military activities that could help shape Chinese and Russian behaviors. From there, the paper looks at kinetic and non- kinetic tactics that are and will be used by competing powers domestically and abroad to undercut US interests over the coming decade. These responses do not factor in the potential impact of emerging technologies, including G5, Artificial Intelligence, and Quantum Computing. These seem likely to have a significant impact and the Pentagon would seem well advised to conduct new research that anticipates the scope and capacity of each technology and how each or all of them confluently affects tactics, strategies, and operations.

This essay focuses on tactics, not the broader questions of operations or strategy as the United States wrestles with the implications of New Generation Warfare (NGW). Russia’s term is “hybrid warfare.” China’s approach is expressed in its Three Warfares concept. The West talks about “Gray Zone” warfare.

NGW is usually discussed in military circles. But it is more distinctly a political notion, not a military one, although its strategies incorporate military aspects and, especially for Russia, kinetic activity. All three nations’ notions think of NGW as action short of warfare.

The Russian notion of hybrid warfare emanates from the “active measures” employed by Russian intelligence during the Cold War and preceding it. Its approach seeks to create disruption, chaos, fear, uncertainty, and loss of confidence in the media as well as in public and private institutions. The approach includes weaponized social media, coercion, bribery, disinformation, intimidation, and unattributed kinetic action.

The Chinese notion is more sophisticated and builds upon a late 1990s concept of combination warfare that was adapted from its perception of US approaches, based on observations about how the United States operated during Desert Storm in Iraq. China has evolved its approach into a “Three Warfares” concept that confluently employs lawfare, psychological warfare, and media warfare. China leverages the state’s authoritarian power to integrate its concept with diplomatic, intelligence, and economic strategies such as the Belt and Road Initiative. China is vigorously promoting its version of 5G for the Internet, tying it to Huawei, and requiring users to employ Chinese standards and technology. It has been well observed that China’s “aid” turns nations into debtor states, could hamper free trade, and “could set global and regulatory and technical standards for new technology that could provide advantages to Chinese companies over others.” Its use of media warfare and other tactics helps present Chinese actions in a deceptive light that the United States and its partners should expose, discredit, and de-legitimize.

This report proceeds to examine the Russian hybrid warfare and the Chinese Three Warfare concepts in depth. It suggests elements both of a US and a multilateral allied narrative that could lend coherence to US military activities and could help shape Chinese and Russian behaviors in a manner that better serves US national interests. Understanding how to address their concepts and forging new strategies and tactics that leverage our unique strengths to gain a competitive edge is vital to our current and future security.