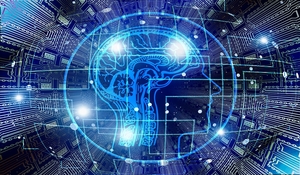 Artificial Intelligence (AI) and big data promise to help reshape the global order. For decades, most political observers believed that liberal democracy offered the only plausible future pathways for big, industrially sophisticated countries to make their citizens rich. Now, by allowing governments to monitor, understand, and control their citizens far more effectively than ever before, AI offers a plausible way for big, economically advanced countries to make their citizens rich while maintaining control over them—the first since the end of the Cold War. That may help fuel and shape renewed international competition between types of political regimes that are all becoming more “digital.” Just as competition between liberal democratic, fascist, and communist social systems defined much of the twentieth century, how may the struggle between digital liberal democracy and digital authoritarianism define and shape the twenty-first?

Swing states from Asia to Africa, Europe and Latin America must manage their own political regimes within the context of this global competition. Several like-minded countries have begun to buy or emulate Chinese systems. Russian techniques are diffusing. To be sure, competing models for
domestic regimes must be seen within the broader strategic context—relative military or economic power also matter deeply—but as in the twentieth century it will likely prove a crucial dimension.

This report focuses on the emerging Chinese and Russian models and how they will interact with the global order. We bring together deep expertise on China, Russia, strategy and technology—as well as artists to provide illuminating sidelights.

The key recommendation is that US policymakers must understand the potential for the new AIrelated to technologies to affect domestic political regimes (authoritarian, hybrid, and democratic) that will compete for influence in the global order. We recommend policymakers use the following three-pronged strategy to understand the challenge and develop global policy: