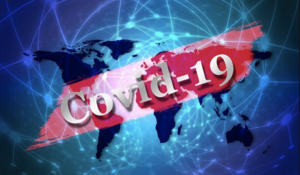 Lt Col Sotiriadis began by discussing the aims of the Global Futures Report and the four futures framework used throughout. He stated that the primary purpose of this report is to reveal the power of harnessing strategic foresight when thinking about the second- and third-order effects of the pandemic. Strategic foresight, Lt Col Sotiriadis explained, is anticipatory thinking designed to support decision making. He then argued that we (as a society) trade in the currency of uncertainty, and we must become inherently comfortable operating in an uncertain environment without the “definitive” conclusions we often search for. Consequently, he and his report coauthors sought to address how alternative futures can defy accepted probabilities and affect baseline assumptions. Lt Col Sotiriadis also stressed the need to adopt a systems-based approach to futures thinking, to recognize that everyone is a futurist, and to embrace analytic complexity in one’s thought processes. To conclude, Lt Col Sotiriadis presented four futures that he and his report coauthors examined in the context of a variety of potential areas of disruption, ranging from space to supply chains to fault lines in the Middle East. These scenarios included: 1) Transformation (“From Biohegemony to Biosupremacy”), 2) Systemic Collapse (“The New Warring States Period”), 3) Discipline (“Authoritarian Regionalism”), and 4) Continued Growth (“Endemic Disruption”).

Next, Mr. Schenker spoke about COVID-19’s impact on supply chains. He stated that globalization has led to a well-set supply chain. COVID-19 has illuminated nations’ dependency on this global supply chain, as food and basic necessities that individuals (particularly in the US) once took for granted became very difficult to obtain. This produced a level of resource insecurity that Americans were unaccustomed to, and despite e-commerce’s ability to save the day, the trauma from this level of insecurity will likely leave an impact on families for decades. Furthermore, the impacts that COVID has had on the global supply chain, in addition to the impacts of great power competition and the US-China trade war, have caused companies to become concerned about their own supply chains’ vulnerability. Mr. Schenker also presented four potential futures that could result from the pandemic: 1) the “kumbaya” future, in which there is no more great power competition, there is no longer any concern about transfer of technologies, etc.; 2) a trade war détente, in which trade relations between the US and China improve; 3) further pursuit along the path of “best frienemies,” which includes moments of tension and moments of peace; and 4) the initiation of proxy wars, in which supply chains are severely disrupted and nations crumble. Mr. Schenker concluded by stating that understanding what the levers driving the different outcomes he posed are will be critical when trying to get the US to its preferred future.

Ms. Cunzeman proceeded to examine the pandemic’s effects on the space industry. She first emphasized the importance of space in the US due to its high level of integration into commerce, defense, and everyday life. She then explained that prior to COVID, exciting advancements were being made in the commercial sector, the US Space Force had just been established, and Artemis released its plans to land on the moon in 2024. However, since the pandemic, several promising commercial space companies have filled for bankruptcy, and Ms. Cunzeman predicted that small companies may be affected even more in the future due to limited funding and reserves. The pandemic has also revealed how vulnerable and integrated the US’s supply chains are, as one cannot currently build a spacecraft without relying on overseas parts. She noted that some companies, such as SpaceX, however, have still managed to thrive during the pandemic, as have companies that have learned to work in a primarily unclass environment. Ms. Cunzeman then presented the four futures she examined: 1) the continuation scenario, in which there will be ongoing power plays in space and a lack of international norms and behaviors; 2) the order and control scenario, in which there is a cooling period in terms of geopolitical competition and countries become inwardly focused; 3) a space ice age, in which the effects of the pandemic endure or another pandemic begins, causing the US to make serious budget cuts; and 4) a period of high-tech, high-spirit solutions, in which the US recognizes the importance of space regardless of its more limited budget, and there is an increase in international stability. Ms. Cunzeman concluded by stating that, despite the pandemic’s disruptive nature, it has provided the US a unique opportunity to reflect and look at how it may need to refocus its efforts, in space and elsewhere, in order to improve.

Dr. Maziad concluded the panel by discussing the fault lines emerging within the Middle East and post-COVID futures. She first stated that there are two alliance networks that date pre-COVID and underscore a new rivalry in the Middle East: 1) the Turkey-Qatar pan-Islamist alliance that relies on the Muslim Brotherhood and other non-state actors to alter Middle Eastern governments and replace them with Islam supporters and 2) the statist, militarized, secularizing pact that Egypt, the United Arab Emirates, Saudi Arabia, and Bahrain have established. Dr. Maziad then discussed the four futures that she examined in detail. In the status quo scenario, she highlighted that the pan-Islamic alliance will continue, geopolitical fault lines will look similar to those existing today, and proxy wars will continue to plague the region. Oil prices will ramp back up, and major players will continue to be paired with smaller, yet rich and up-and-coming nations. In the increased order and control scenario, countries will retreat further into their own borders. In the systemic breakdown scenario, political Islamists will no longer be perceived as the only democratic representatives of Muslim-majority polities, and the collapse of pan-Islamist agendas and the old status quo will be inevitable. Finally, in the transformation scenario, the regional order of the Middle East will begin to look like post-World War II Europe with more militarized, defensive, economically-disintegrated states. There will be more stability in the region as well. To conclude, Dr. Maziad stressed the importance of the US retaining sight of the fault lines in the Middle East. She stated that not only is global security at stake, but due to the Middle East’s increasing penetration into US domestic affairs and politics, domestic security is also at stake. Furthermore, Russia and China are increasing their own presence in the Middle East, so from a great power competition standpoint, the Middle East remains critically important as well.

Our panelists’ briefing materials will be posted here on Tuesday 1 September 2020.