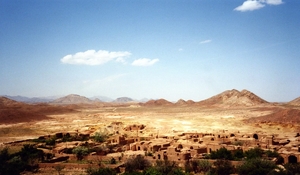 SMA hosted a speaker session presented by Mr. Vern Liebl (Center for Advanced Operational Culture Learning (CAOCL)) as a part of its SMA CENTCOM Speaker Series. Mr. Liebl began by stating that Iran does not present a large military threat to the US. Moreover, Iran’s military capabilities are fairly limited, and it does not have a strong ability to sustain military power in the event of war. Regardless, in the context of this conflict, Mr. Liebl stressed the importance of viewing Iran’s actions through its own perspective. Iran perceives the nations surrounding it and the US, which has several military bases nearby, as potential threats. Therefore, Iran feels as though it must take measures to protect its regime from these external threats. Mr. Liebl then focused on Iran’s perception of the US. Iran is a theocracy, and therefore, the movement towards a ‘secular’ world order led by the US directly conflicts with Iran’s goals and aspirations. Iran believes that it is in a desperate, long-term war with the US, aka the ‘Great Satan.’ Mr. Liebl then explained that Iran sees itself as an immensely powerful nation due to its imperial past, which often leads it to overestimate its military capabilities. Despite this sense of power, Iran’s strategic preferences are to 1) avoid major conflict, 2) assume a military posture of deterrence and defense, 3) practice ‘incrementalism,’ and 4) use proxies, information operations, and cyber attacks in place of traditional war tactics. Next, Mr. Liebl presented a series of amplification points through which Iran is able to deceive and misdirect its opponents, both tactically and strategically. He spoke about the roles that the new Islamic Revolutionary Guard Corps (IRGC) commander, Major General Hossein Salami, and Al Quds force commander, Major General Qasem Soleimani, will play in the conflict. Mr. Liebl also explained that the Iranian government has been focused on survival and self-enrichment since Khomeini’s death in 1989; therefore, its divergence from a religious-dominated worldview towards a pragmatic, military-dominated worldview has not been recent. To conclude, Mr. Liebl contemplated the potential for the conflict between Israel and Syria to become nuclear, suggested that Iran is not a “backwards country,” and highlighted the consequences of Iran running out of water.