China 2050: Preparing for an Ascendant China 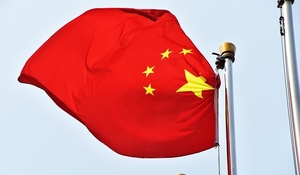 SMA hosted a speaker session as a part of its SMA INDOPACOM Speaker Series, entitled “China 2050: Preparing for an Ascendant China.” The speakers included Dr. Andrew Scobell (RAND) and Mr. Cortez Cooper (RAND). Dr. Scobell began his portion of the brief by discussing long-term competition between the US and China, more specifically focusing on China’s “grand strategy” and why studying it can be an effective method in analyzing long-term competition with China. He explained that China views threats from other states, particularly the US, as the biggest risks to its national security. Dr. Scobell then identified four successive grand strategies that China has developed over time—“revolution,” “recovery,” “building comprehensive national power (CNP),” and, in today’s age, “rejuvenation.” He elaborated that China is not only interested in developing its hard power, but its soft power as well. This is because China believes that an effective combination of hard and soft power will be beneficial in advancing its grand strategy. Next, Mr. Cooper discussed the importance of China’s grand strategy—more specifically, the organization of its subgoals in its various areas of national governance. He also presented a series of “alternative futures” that he, Dr. Scobell, and their report coauthors identified. These alternative futures are possible routes through which China’s strategies may adapt in the future and included “triumphant China,” “ascendant China,” “stagnant China,” and “imploding China.” Mr. Cooper stressed the importance of rebalancing and restructuring within China’s grand strategy but elaborated that there are not necessarily any signs of significant reform at this time. He then went on to explain how these possible alternative futures may impact China’s relationship with the US. Mr. Cooper expressed that his outlook was not necessarily optimistic in that regard and suggested that there would be significant collision between the US and China in the face of long-term competition.