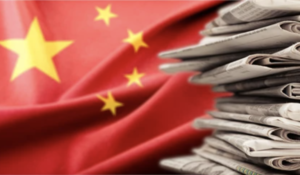 Ms. Cook began by stating that the Chinese Communist Party (CCP) has always been an authoritarian regime. However, over the last decade, the CCP has further increased its control of Chinese media, the autonomy of private corporations, and the persecution of minority ethnic and social groups within China. To counter the negative impressions related to its authoritarian government, the CCP has launched a messaging campaign targeting countries around the world. Ms. Cook emphasized that China will target any media market, including small markets. Through these efforts, China tries to influence the narrative in these markets by using four tactics: a) propaganda, b) disinformation campaigns, c) censorship, and d) gaining influence over the information infrastructure in a country. Ms. Cook acknowledged that it is not just China who carries out these activities; some of China’s influence tactics are also used by other countries as part of their own geopolitical interactions with other states. However, she focused on China’s activities specifically for the purpose of this brief.

Fake online accounts that originate in China have been around for several years, according to Ms. Cook. These accounts inspire users to share information that demonizes specific groups, such as protestors in Hong Kong and Uighurs, and amplifies conspiracy theories, such as those surrounding the COVID-19 pandemic. The CCP also tries to leverage foreign companies’ economic ties to China to force them to self-censor and offers its media at a discounted price in foreign cable packages to spread its messages to wider audiences. In all, despite China’s attempts to create a China-positive narrative throughout the world, the majority of individuals still have a negative view of the CCP and its autocratic regime, according to Ms. Cook.