Chinese Worldview and Perspectives on Space 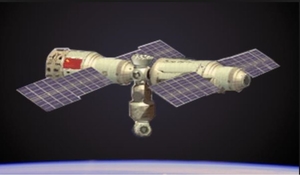 Chinese Worldview and Perspectives on Space: An Analysis of Public Discourse

Corpora from three sources were examined using semi-automated discourse analysis to gauge the Chinese government’s concerns in the space domain and how these interests are articulated with general political and cultural issues. The sources were releases from the Chinese MOFA (Ministry of Foreign Affairs) (2011 – 2017), stories reported by CPC (Communist Party of China) News (2013 – 2014), and two months of speeches by Chinese president Xi Jinping (2014). The primary findings from the discourse are presented as Chinese perspectives and worldview with respect to the space domain and general themes.

Chinese Perspectives and Worldview Regarding the Space Domain

• In each corpus, space was infrequently mentioned when compared to other issues. The dominant concern in each corpus was the Chinese economy and development.

• The Chinese MOFA expressed much concern with the DPRK’s nuclear and missile programs and US responses to them, especially the deployment of the THADD missile defense system.

• The Chinese (MOFA) primarily mentioned space in association with danger, threats, deterrence, and the military.

• The Chinese MOFA expresses significant concern over the weaponization of space.

• The Chinese MOFA often discusses cooperation with the US and other nations on developing space technologies, but it is not clear how much of this cooperation is a government venture rather than a private sector one.

• The DPRK’s missile development was a key concern because of its destabilizing effects and because of US efforts to respond by deploying the THADD missile defense system; the radar’s reach is a perceived threat to Chinese national security.

• The primary insight provided by the quantitative analysis of CPC News is that space endeavors fall primarily within the government’s domain.

• A common theme expressed by all three sources involves issues of governance, including advocacy of effective governance and governmental procedure.

• The United States is the country of greatest concern to MOFA as measured by the density with which the US is mentioned and the amount of emotive language (emotive themes and rhetorical devices) associated with its discussion of the US.

• The Chinese MOFA self-references China as much as expected, and portrays China in positive, futuristic and nationalistic tones.

• The most basic themes discussed by all three sources emphasize positive and future-oriented themes such as progress and success.

• Other elements included in the corpora include positive themes such as cooperation and friendship.