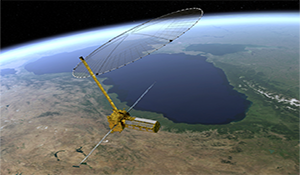 [Q7] Are other nations outside the West poised to tap into their own commercial space industry for military purposes in the next 5-10 years?. A Virtual Think Tank (ViTTa)® Report.

All the experts who contributed to this question noted that it begins from the incorrect assumption that space industries in other countries are organized in a similar manner to the US—with clear delineations among civil, military, and commercial space industries. Furthermore, most indicate that, taking advantage of the dual use nature of much space technology, many states both non-Western and Western, are already tapping commercial and civil space capabilities for military use. Their responses suggest that a better way to frame this question might be: “Which nations outside the West are tapping into their civil (commercial and/or government run) space industry for military purposes?”

Lack of separation between public and private space sectors

Several contributors comment specifically on the organization of space sectors in countries outside the West. Marc Berkowitz of Lockheed Martin notes that while both our European and Asian allies have separate public and private space sectors, “there is a very permeable membrane between their governments and commercial industry” (see also ViaSat, Inc. and Roberto Aceti of OHB Italia SpA). Faulconer Consulting Group suggests there is no separation at all in China. Victoria Samson of the Secure World Foundation similarly observes that, although the Indian space agency ISRO has a commercial wing (Antrix) that develops a lot of their commercial capabilities, it is funded by the Indian government and not, she argues, truly commercial. Berkowitz mentions that Russia, Iran, and North Korea are comparably organized, with “commercial” space enterprises wholly owned by the government.

In effect, there are fewer institutional barriers to military use of civil (government and/or commercial) capabilities and, in many non-Western states Aceti contends, there are in fact institutional incentives for government and commercial entities to work together. Additionally, the “[c]utting edge of technology and performance is being defined by truly private sector capital investments” (ViaSat, Inc.), incentivizing militaries to tap commercial capabilities. Such arrangements also benefit commercial entities, as joint ventures provide protection by national governments (Caelus Partners, LLC). Major General (USAF ret.) Armor4 regards this as part of the development of the industry: “It’s blending in all directions, not unlike the IT industry.”

An anonymous commercial executive contributor stated that it is a “safe assumption that other countries see the benefits of space from a military perspective and have the vision to know it will only grow in the coming decade.” This view is reflective of almost all of the other experts’ responses, although Matthew Chwastek of Orbital Insight, focusing on capability rather than intent, does offer a qualification to this. He notes that none of these states currently has the “depth of capital formation, governance, and regulatory flexibility” needed to develop civilian (government or commercial) space capabilities that could benefit the military, although this situation could change in the next decade.

How is this being done? Dual use

As Table 1 shows, there was considerable agreement amongst the experts that the crossover from civil (government and/or commercial) to military use most commonly takes advantage of the dual use nature of much space technology. As Brigadier General (USAF ret.) Thomas Gould of the Harris Corporation points out, “the same rocket engines used to boost satellites into orbit can deliver conventional or nuclear warheads” (see also: Adranos, Cheng, and Samson). Theresa Hitchens of the Center for International and Security Studies at Maryland (CISSM) contends that, with the possible exception of Russia, most space activities outside the US are concentrated on dual use technologies and applications.5 Dr. Moriba Jah of the University of Texas at Austin agrees with her assessment, and adds that the US has been behind in this regard, something he sees as a detriment to the US.

The contributors’ responses to this question all either directly or indirectly challenge the assumption made in the question that other states organize and conceive of their space industry in the same three- part structure—civil, military, and commercial—that we have in the US. In some cases (Russia, Iran, North Korea, and India), this is a reflection of the separation, or lack of separation, between public and private sectors in general. In other cases, it reflects the fledgling nature of many state’s space industry, where government funding and private research and investment have been combined for greater efficiency. Furthermore, this type of collaboration is already underway. While, as the summary table shows, there is some difference of opinion among experts regarding which commercial capabilities are currently being tapped by specific countries, their responses collectively reflect Dr. Jason Held’s (SaberAstronautics) comment: “Bottom line answer is: absolutely. Defining the nature and scope of that commercial industry is the big question.”