Competition Short of Armed Conflict with a Regional Power 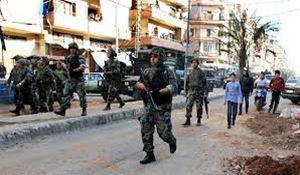 The experts drew on a wide range of examples from US conflicts and moved beyond a focus solely on competition short of armed conflict (CSAC or “gray zone”) to other strategies or forms of competition executed by the US. The examples offered rich source material from which to extract lessons applicable to current US- Iran relations. Lessons might be learned from relations with Iran itself beginning with the Revolution to the present; the US-Soviet Cold War; the US and North Korea (1953-present); the US and Great Britain during the 19th Century, when the US was a rising regional power and Britain was a global power; the US and China during the Taiwan Straits Crisis (1954-55); US-Cuba (1959-now); the US and Venezuela (1998-present); Central America in the 1980s; and conflict in the Balkans (1991-2000). At the most basic level, these conflicts were battles over regional security or global influence (US vs. Iran, North Korea, Venezuela, Great Britain, or USSR) or ideology/ideological influence (US vs. Iran, USSR, North Korea, China, Cuba, Central America, or the Balkans). By and large, the most relevant examples were those from the post WWII period.

Iranian versus US Interests

Most expert contributors saw US and Iranian core interests as fundamentally opposed,3 and identified several interrelated factors that are likely to be ongoing impediments to US-Iran relations. These included the perceived—or actual—divides between the two nations in terms of culture and values (Cabán), the persistence of each side’s view of the other as malevolent (Kluver and team), and the persistence of old grievances (O’Shaughnessy). The expert inputs4 mentioned five types of distinct but sometimes interrelated interests: 1) protecting Iran’s national security, 2) defending Iran’s internal sovereignty, 3) minimizing economic stress and associated public dissatisfaction, 4) defending Islamic identity and championing the Islamic worldview, and 5) regional hegemony. As summarized in the table below, the majority of Iranian objectives or activities intended to realize these interests are directly opposed to the interests of the US.5 Dr. Spencer Meredith III of the National Defense University provided a nuance to this view, noting that “Conflict with Iran today is not a harbinger of perpetually conflicting relations, even though it remains necessary for the foreseeable future to define interests clearly and harden US positions in opposition to Iranian ambitions and actions… This does not preclude a potential later broaching of areas of coordination against other common threats, to include a Saudi reorientation towards the PRC, and/or a deeper, more formal Turkish reorientation towards Russia.”

Given the variety of seemingly competing US and Iranian differences identified by the experts, it is perhaps unsurprising that tools or strategies discussed by the contributors as successful favored more direct and aggressive approaches (e.g., threat of force, sanctions), whereas strategies such as diplomacy and containment were less frequently emphasized. The experts’ inputs revealed, for example, that when diplomacy and containment were successful, they typically were part of a multi-faceted strategy (e.g., Venezuela) or larger multi-lateral effort (Balkans). As Cabán noted, “Venezuela has attempted to compete with the US for regional hegemony in the political, economic and social realms.” The US has met this competition with a combination of diplomatic, information, military, and economic sources of national power. In the Balkans, the US employed both military and diplomatic strategies, but was also part of a much broader international endeavor to quell the conflict. Successful US strategy also benefits from international alliances that support US-led initiatives, and from strongly limiting interference with these initiatives from any other states (Jeffrey). Though mixed strategies fully employing diplomatic, information, military and economic sources of national power (DIME) have been successful in conflicts such as that between the US and Venezuela, key differences were noted in comparison to the current conflict with Iran (Cabán).

Lessons from the Past

As noted above, the contributors provided a broad range of examples in response to this question. Table 2 below lists these examples, along with associated US strategies and lessons that might be applied to current relations between the US and Iran.