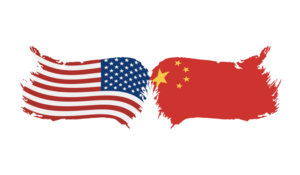 Speaker: Zoellick, R. (Former World Bank President; US Trade Representative; and Deputy Secretary, Undersecretary, and Counselor to the US Department of State)

SMA hosted a speaker session, presented by Hon. Robert Zoellick (Former World Bank President; US Trade Representative; and Deputy Secretary, Undersecretary, and Counselor to the US Department of State), as a part of its SMA INSS/PRISM Speaker Series.

Mr. Zoellick set the stage by outlining three recurring themes in US-China relations. First, he discussed the notion of China as a commercial prospect, pointing to historic US fascination with the potentially vast wealth of China. Second, he underscored the idea of China as a major international actor, grounding the discussion both in earlier US conceptions of China as an international actor of note and in President Roosevelt’s post-WWII vision of China serving as one of the four great world policemen along with the US, the USSR, and Great Britain. Third, he highlighted the recurring American aspiration to convert the Chinese people—first to Christianity but then to other values, such capitalism and republicanism. He rooted this analysis in the history of American missionary efforts in China, beginning in the 19th century, and noted how the American opinion of China became extremely negative when China went in the opposite direction of American aspirations during the Boxer Rebellion, the Communist Revolution of 1949, the Korean War, Tiananmen Square, and even today.

Mr. Zoellick then discussed China’s historical relationship with the US and its role on the world stage. He discussed President Nixon’s strategy of pursuing triangular diplomacy with China and the USSR in order to place the US closer to both powers than either was to each other. He also pointed out that Nixon realized that one could not run the world without working with China. Mr. Zoellick went on to discuss the end of the Cold War in China, underscoring how Asia took a different course than Europe did after the fall of the Soviet Union, using the Chinese Communist Party (CCP) crackdown in Tiananmen Square in 1989 as an example. Mr. Zoellick went on to discuss China’s role in the international community. He identified several ways in which China has played a positive role in the international system, highlighting its active role in institutions such as the UN Security Council (UNSC), World Trade Organization, World Bank, and International Monetary Fund. Examining the historical record on US-China cooperation, Mr. Zoellick then reflected on how China has evolved from being an outright enemy of the US and the world’s top proliferator of nuclear weapons to joining nuclear non-proliferation conventions, working with the US to block North Korean and Iranian nuclear programs, supporting UNSC resolutions, and serving as the second largest funder of UN peacekeeping. Mr. Zoellick also noted China’s key contributions to global economic, humanitarian, and conservation efforts, but he contended that China has a long way to go on environmental and climate issues despite making some striking pledges and innovations.

Mr. Zoellick then focused the presentation on present-day US-China relations. Mr. Zoellick discussed aspects of President Xi Jinping’s leadership, including his prioritization of the 86.6 million members of the CCP and his creation of a documentary film about the end of the Soviet Union and the end of the Cold War in Europe—a film designed to communicate that the same situation would not occur in China. He contended that Xi Jinping has pursued a two-track foreign policy—one track being that China worked within the international system, and the other being a more traditional, Chinese-style approach to international relations based on a tributary model. Mr. Zoellick also stated that he believes China has a defensive mindset today, rooted in its memory of the “century of humiliation” at the hands of imperialist aggressors. This has led China to prioritize issues such as internal stability, unity, reunification, and economic strength and prosperity. With regards to the Trump administration’s policies towards China, he highlighted the influence of the business community, which was disgruntled with China when Trump became president in 2017. He also identified errors in the US’s strategy toward China, including a failure to understand the economic aspects of great power competition with China; and the multilateral problems posed by treating China as an enemy. He added that the US-China relationship has been in free fall over the past year. Mr. Zoellick also explored China’s current policies by highlighting CCP efforts, such as its response to the COVID-19 pandemic, its recent launch of an education and rectification campaign reminiscent of the Mao era, and regional and bilateral trade and investment agreements, such as the Regional Comprehensive Economic Partnership and the EU-China Comprehensive Agreement on Investment. He ultimately characterized China’s moves as “globalization with Chinese characteristics.” Mr. Zoellick further argued that China still had a defensive quality to its approach and aimed to be the predominant power in much of Asia, particularly in the Western Pacific, Southeast Asia, and Eastern Russia. He also critiqued the ideological foundations and nature of China’s soft power strategy, given that Chinese culture centers on the exceptionalism of the Han people and not Marxist universalism. Mr. Zoellick predicted that China would promote the effectiveness of its development model and a surveillance state but suggested that its relationship with other states would be based on cold calculation, not shared values. Finally, he questioned whether China’s expansionist policies would create contradictions with its aim of fostering sustainable economic growth.

Mr. Zoellick concluded by offering three recommendations for what approach the US might take with China and what the US might offer the rest of the world. First, he maintained that US success in any strategy must start at home. He argued that the US’s traditional source of strength has come from its openness to finance people and ideas, and we cannot compete with China successfully through a race to the bottom. Second, he stated that America gains strength, insights, and resilience through its allies and partners, highlighting how the US, its allies, and its partners have fulfilled their own interests through these arrangements. Third, he recommended the adaptation of US military posturing in the Pacific. For example, in the face of China’s development of advanced weaponry to defend against US forces seen as encroaching on Chinese territory, the US should develop new, advanced weaponry of its own. Within this point, Zoellick flagged the concern of a potential future attempt by China to move against Taiwan in some fashion.