Effectiveness of International Agreements in Space 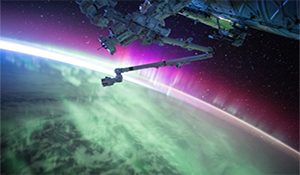 [Q22] Can international agreements effectively protect high-value space assets in time of crisis and/or conflict? How could such a treaty be sufficiently verified? How would it be enforced? How would dual- use technologies be treated? A Virtual Think Tank (ViTTa)® Report.

The expert contributors divided nearly evenly on whether international space agreements can provide protection to space assets. While all contributors agreed that international agreements create norms of behavior, they disagreed on whether these norms create restraints on state behavior that will hold in a crisis. The contributors who did believe that international agreements could provide protection also maintained that focusing on prohibited activities, such as the generation of space debris, rather than prohibited technologies, increased the enforceability and verification of effective international space agreements as well as mitigated the dual-use problem. In short, their argument was that with regard to dual-use technology, ultimately it does not matter what states build, it really only matters how they use what they put into space.

The expert contributors were nearly evenly split on whether international agreements can effectively protect high-value space assets in time of crisis or conflict. Twelve experts affirmed the effectiveness of these agreements, whereas the eleven other experts dissented from this view.

The expert contributors with more sanguine views of the effectiveness of international agreements in protecting space assets grounded their optimism in what they defended as the efficacy of existing space law. For example, Dr. Nancy Gallagher of the Center for International and Security Studies at Maryland describes the existing Outer Space Treaty (OST) as an effective agreement that is likely the best possible international agreement that could arise in the space domain. She avers that “it would be hard to get international agreement on any set of principles that would be better than what is currently laid out.” Buttressing Dr. Gallagher’s view that the OST’s centering common principles makes the agreement quite effective despite low institutionalization, Massimo Pellegrino, a Space and Security Policy Advisor in Geneva, maintains that widely-shared principles increase the enforceability of international space agreements, which helps to prevent and shape crisis behavior. Pellegrino states that, while states can disregard international law, doing so imposes sufficient costs, and these costs are factored into their strategies of compliance and non-compliance: There is enough of a “price to pay” for non-compliance that when “high enough [may] force nation states to restrain themselves” from attacking high-valued assets.

To the extent that international space agreements create and sustain these conditions of restraint by imposing costs, they would be effective in protecting high-value space assets in crisis or conflict. These collectively imposed costs can occur both domestically and internationally, even in the absence of institutionalization. On the domestic front, as Dr. Frans von der Dunk of the University of Nebraska College of Law observes, “it becomes very tricky for governments to be seen as violating [widely-shared] rules because it undercuts their own legitimacy.” With respect to international mechanisms of restraint, Dr. Xavier Pasco of the Fondation pour la Recherche Stratégique Paris argues that collective space dependence creates a restraining self-enforcing interdependence functionally regulating state behavior. Pasco suspects that each country possessing space systems likely wants its “own space system to work properly,” creating a condition of “constrained interdependency” concerning “collective behaviors and rules as references for military actions.”

In contrast, the remaining experts were clear that based on their interpretations of norms during historical crises, they believed agreements to be insufficient. For example, Marc Berkowitz of Lockheed Martin categorically posits that “neither norms nor formal treaty obligations can be expected to protect high- value space assets in the event of crisis or conflict,” indicating that international space agreements, irrespective of the degree of formalization and institutionalization, provide few protections in crises. Similarly, Dr. George Nield of the Federal Aviation Administration shared that “it’s clear to me that international agreements cannot guarantee the protection of space assets,” but did not appear to embrace Berkowitz’s more expansive claim about norms.

For some of the experts in the ‘yes’ camp, the ability to impose costs was sufficient to conclude that international space agreements are effective in protecting high-value assets. In contrast, the ‘no’ camp adopts a stricter level of scrutiny, wanting something closer to 100% effectiveness to be able to reasonably conclude in favor of the proposition. The experts that viewed international agreements as ineffective in protecting high-value assets seem united in suggesting crisis-resilient protection is likely beyond the capacity of any agreement to obtain. Christopher Johnson of the Secure World Foundation observed that the inability of agreements to provide security in crisis “is not a defect of international agreements, merely a reality of the international political system.” Theresa Hitchens of the Center for International and Security Studies at Maryland provides a contrasting view, arguing that it is intellectually unfair to require that international space agreements are 100% effective to be considered useful. She challenges proponents of views that unequivocally dismiss international space agreements to identify “a weapon system that is 100% effective” because there are “no doubt legal agreements (i.e., a ban on use of debris creating weapons; or “protection zones” regarding close approach of satellites on orbit) that could actively protect assets in crisis/conflicts and be verified, but need to be explored more thoroughly.”

Unlike many in the ‘no’ camp, Dr. Mark J. Sundahl of Cleveland-Marshall College of Law grounded his pessimism about the effectiveness of international agreements in space in the design of the Outer Space Treaty. He laments that, as currently designed, the OST permits a wide range of state behaviors, including actions that some states may consider aggression. Moreover, the treaty forbids only non-consultation with other governments in the event of potential interference with national activity in space. He states that:

I don’t think anyone believes that all weapons are banned from space…[what is banned is] nuclear weapons, [and] you can’t be aggressive, and you have to avoid harmful interference with the activities of other countries and their nationals. That is a rather soft prohibition on interference because all it really requires is that if you are going to harmfully interfere with the operations of others, then the governments have to consult with each other. It doesn’t say that interference is outright prohibited.

For Sundahl, the OST’s focus on principles, rather than institutionalization and monitoring, creates a weakness in the treaty. He believes that the OST cannot protect high-value space assets in time of crisis or conflict because the remedies for violation are mere consultation, rather than any form of imposed punishment or monitoring.

A “good set of rules” creates guaranteed penalties “in the case of non-observance,” Dr. Luca Rossettini of D-Orbit avers. Well-designed international space agreements “can provide one layer of protection,” according to Nield, via “peer pressure, in terms of expectations of behavior that are held by the international community.” These behavioral expectations, Johnson observes, “establish what is internationally permissible to do.” This provides security benefits to states insofar as the “resources to be spent protecting against” impermissible activities “can be lessened.”

Drawing inspiration from international arms control agreements, the experts suggested three ways that international space agreements could be enforced and verified in the context of dual-use challenges. First, as space agreements evolve, continue to center them on widely-held norms. According to Dr. Moriba Jah of the University of Texas at Austin, these norms should be “things that promote transparency and are things that are measurable, and not measurable just by one entity but measurable by the community at large.” In the context of arms control agreements, codes of norms function in this way because epistemic communities can achieve verification by “corroborat[ing] or refut[ing] any given event” and then “quantify[ing]…the harmfulness of that event” to determine how to enforce the treaty violation.

Second, as an agreement evolves, participants should seek to regulate activities, not technology. Pellegrino plainly forwards that, “it would be beneficial if international agreements would focus more on the degree of care with which space activities and operations are conducted and communicated, rather than on which kind of orbital system/spacecraft is actually deployed in outer space.” Lieutenant Colonel Peter Garretson of the United States Air Force Air Command and Staff College agrees: “Since all space technology is dual-use, and every satellite can be a weapon…you cannot regulate technology, only specify what might be an illegal action.” Hitchens posits that an “Incidents at Sea/Dangerous Military Practices type agreement for space” is an excellent model for international space agreements.

Finally, even if agreements do not allow for institutionalization, detailing mechanisms and practices of transparency can overcome dual-use concerns. Pasco states that the question of dual-use technologies is “additional motivation for extended transparency mechanisms.” Pasco’s views dovetail with Spies’ thoughts on the function of transparency in mitigating dual-use concerns: “transparency and confidence- building measures can contribute to the development of verification measures for arms control agreements and regimes.” These mechanisms should cover three state practices in particular: “major outer space research and space applications programs, major military outer space expenditure, and other national security space activities.”

There was a bifurcation among the expert contributors on whether international space agreements can provide protection of critical space assets in a crisis, with half of the experts arguing ‘yes,’ and the other half arguing ‘no.’ The most effective international agreements, according to the experts, would require continued flexibility as well as clear verification to be enforceable and designed for the long haul. As such, agreements that focus on prohibited activities, such as the generation of space debris, rather than prohibited technologies, both increase the enforceability and verification of effective international space agreements, as well as mitigate the dual-use feature that almost all space technologies evince. To enforce is to verify: Ultimately, from the point of an effective agreement, it does not matter what states build, it really only matters how they use what they put into space and how easily other states can confirm that what a state says it is doing is what it is in fact doing.