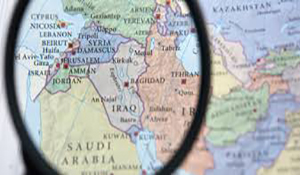 Question R5.4: How should United States foreign policy evolve in the region post-Islamic State of Iraq and Syria? What are the dynamics in the region and what will be the implications of this for the USG?

US foreign policy makers struggle to find the right balance in supporting US interests in the Middle East (Abdulla, Bahgat, DeGennaro, Liebl, Maye, Rogers, Serwer, Styszynski). The unbalanced policies, those focusing solely on defense or certain allied interests, while marginalizing diplomacy and development, are diminishing trust in the US and decreasing its influence—challenging US ability to maintain global stability.

Historically, US interventions in the region have caused instability and competition between regional Middle Eastern states leaving many of the weaker parties—Libya, Lebanon, Jordan, Syria, Yemen, and the Palestinian territories—targets for interference from the Arab Gulf countries, Iran, violent extremists, and those who thrive on internal conflict (DeGennaro). As a result, the region, and more recently the world, has been plagued with ideological radical extremists who have used a perverse form of the religion of Islam to violently project their discontent and anger on populations. Despite US efforts to counter extremist influence and diminish VEO capabilities, the chaotic ungoverned environment allows them to remain or go underground (Liebl, Rogers). Experts agree that the Islamic State, although severely diminished by the Iraqi coalition offensive, will not completely disappear, but only weaken (Abdulla, Cammack, Liebl, Maye, Rogers) and continue to reemerge in the region and abroad. Much of Iraq’s potential to survive beyond ISIS will depend on continuing down the stability/democracy building path, one that can hold hope for Syria, and US engagement with groups that exhibit similar goals/values should be encouraged (Meredith). Now that the Islamic State as an organization is damaged, the US should not become complacent (Cammack, Liebl, Maye, Rogers, Styszynski). The US must strategically revise its foreign policy in the region based on desired outcomes and, at the very least, define US interests in the region internally (Meredith). The previous and still ongoing lack of US policy clarity hampers commitment to US actions from stakeholders. Countries and non-state actors, allies, and adversaries alike, are likely to hedge their bets when asked to partner with the US until it becomes clear that they will gain from that partnership, or at the very least not get burned by it; much of this will be defined by the partnership with SDF as a test case for further partnerships in the region (Meredith). The current Administration has not publicly defined its foreign policy in the region or its preferred outcome; therefore, our analysts believe it is necessary to focus on stability (Abdulla, Maye) in the form of free flow of goods (oil among others) and deterring the rise of a hegemonic power in the region, as well as governance legitimacy as a precursor to stability (Meredith). They strongly encourage a broader strategy based on economic and diplomatic influencers keeping in mind not only regional but international stakeholders such as Russia, India, and China (Meredith). The need to partner with groups who develop and mature viable governance capabilities with US support, as compared to the growing divides with regional powers Turkey and Saudi Arabia, should also be emphasized (Meredith).

Looking at the current operational environment, analysts generally agree that the US’s main threats are the resurgence of the Islamic State, a weak and ungoverned or poorly governed Iraq and Syria, continued overreach by Saudi Arabia—supporting extremist groups, continued destruction of Yemen, and unwanted interference in Sunni countries under the guise of balancing Iran and the continued use of proxies by so many stakeholders.

Iran has been able to expand its influence more tangibly through Iraq, Syria, and Lebanon by assisting the Syrian and Iraqi government against opponents and terrorist groups, which could be an opportunity for the US or a threat depending on how the US decides to engage (experts from Global Cultural Knowledge Network). Two schools of thoughts have emerged with one calling for engagement with Iran while others focus on continuing efforts to restrict Iran’s influence in the region. These are historic approaches that should be evaluated more deeply through comparative case study research from the scholarly community.

In the first school of thought, analysts are asking more questions about the existing US relationships with Iran and Saudi Arabia (Bahgat, DeGennaro, Rogers). It is not clear to them why the US is so opposed to, at the very least, some engagement with Iran. Iran has extensive economic potential and diversity. Further, Iran holds the largest gas reserves in the world coupled with vast oil assets. This school of thought suggests that perhaps it is time to warm relations considerably with Iran and cool relations with the Gulf States or these proxy battles will ensure there is no end to the conflicts there.

The second school of thought strongly supports continued US and Coalition efforts to restrict Iranian influence in the region while continuing to develop existing relationships with Gulf States (Cammack, Maye, Serwer). In particular, Maye suggests US policymakers “thwart political infiltration from Iranian- leaning militias and religious leaders” in Iraq and Syria. While Cammack does not view Iran influence as a strategic threat to US interests, its negative impact on regional stability suggests that the US use diplomatic efforts and strategic patience to reduce it.

Regardless of approach, analysts believe that the US must be clear about its mission and intentions in the entire region, and assess the tools and levers of influence for better governance and economic progress that can help to reduce the tendency to move toward dangerous ideological movements. With a weak or ad hoc policy that continues to remain unclear to both US allies, service and coalitions members, adversaries and people in the region, the US is losing its ability to influence, especially in light of growing Russian alternatives to traditional and emerging US partnerships (Meredith).

Before the policy questions are answered it will be difficult for military to do much more than finish the fight to defeat the Islamic State, which will not eliminate it but provide a window for it to continue to dissipate or resurge in a conflict ridden environment.