Exit from Hegemony: The Unraveling of the American Global Order 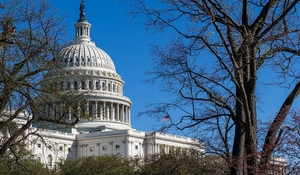 SMA hosted a speaker session presented by Dr. Alexander Cooley (Columbia University) and Prof. Daniel Nexon (Georgetown University) as a part of its SMA General Speaker Series. Prof. Nexon began by presenting the key argument from their book, entitled Exit from Hegemony: The Unraveling of the American Global Order, which is that the current National Security Strategy (NSS) is accurate in saying that US global hegemony is over. Prof. Nexon elaborated that the global hegemony to which he referred is the unipolar hegemonic power instated after the Cold War throughout the 90s and the aught. He then discussed what happens during power transition on a global stage and the contestation and conflict that threatens US power. Prof. Nexon stated that the traditional definition of international order focuses only on the “architecture,” or the rules, norms, values, and international laws that shape geopolitics across the world. He argued that it is also essential to emphasize the infrastructure of the international order (i.e., the relationships, routines, and flows that exist between states) in addition to that architecture. He also emphasized the fact that infrastructure affects architecture just as much as architecture affects infrastructure. Prof. Nexon continued by discussing patronage monopolies. In a purely hegemonic setting, only one hegemon can provide quality goods to other countries and change the texture of the international order. This gives the hegemon enormous leverage, as it can threaten to withhold these goods or exclude other states from international systems. He argued that the recent shift in power has caused the US to lose hegemonic power, and many states now get their goods from China, Russia, and other regional powers instead. The effects of a major power transition like this exist on both the supply side and the demand side by creating a marketplace for goods and other aid, aiding counter-order movements, and creating opportunities for alternative order-building. Next, Prof. Nexon discussed wedging and brokering as political strategies that could be used in alternative order-building. He stated that wedging and brokering can be used simultaneously to achieve these ends, and when used effectively, challenge the existing hegemonic power.

Dr. Cooley continued the discussion by citing real world examples of wedging and brokering and suggested that we are further along the path of order contestation than many people assume. He claimed that the US needs to take another look at the institutions that it thinks support the liberal international order but are actually using implementing these dual strategies. One example is Russia’s support of political parties that are anti-NATO, EU, and Trans-Atlantic Partnership. Both overtly and clandestinely, this is a show of contestation against the liberal order and these institutions, according to Dr. Cooley. He added that another example of alternative ordering is the change in leadership in international and regional organizations over the last 15 years to include Russia and China. When larger opposition countries like these have influence in determining the infrastructure and aid given to smaller nations, that influence manifests itself in voting patterns and a shift in allegiances, according to Dr. Cooley. He concluded by arguing that the US does not have the resources, nor the diplomatic capital, to play the hegemonic game because it no longer has the prestige to mobilize that influence. He recommended that the US maintains its hegemonic infrastructure with other important allies, especially in the security realm, as to not shift more power and to preserve the diplomatic relationships necessary for hegemonic success.

Note: We are aware that many government IT providers have blocked access to YouTube from government machines during the pandemic in response to bandwidth limitations. We recommend viewing the recording on YouTube from a non-government computer or listening to the audio recording below, if you are in this position.