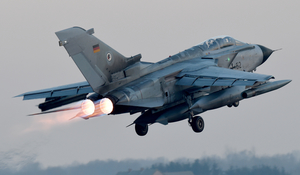 Dr. Dorondo began his presentation by discussing the tumultuous time that nations on both sides of the Atlantic Ocean are experiencing, while highlighting the political evolutions occurring in the US, the EU, and NATO. In Germany, 2021 holds a number of important state elections and a national election in which a new chancellor will be elected. However, Dr. Dorondo argued that it is important to bear in mind that any doubt about nuclear sharing in Germany as we approach the 2021 electoral year is nothing new. That said, it is also imperative to consider the necessity for nuclear sharing in support of transatlantic cooperation. Germany and other Non-Nuclear Weapons States (NNWS)  in NATO have a vested interest in what is sometimes called “nuclear decoupling” from the US. Theoretically speaking, the European states within NATO and the EU could achieve strategic autonomy logistically; however, there is not significant enough collective will to establish that strategic autonomy, Dr. Dorondo argued. He then stressed that the US and NATO must continue not only to deter but also assure and reassure in all domains.

Next, Dr. Dorondo highlighted a minor caveat regarding the definitional uses of the terms “extended deterrence” and “nuclear sharing.” The general definition of extended deterrence can be illustrated by the US’s pledge to provide nuclear security to its own CONUSand forward deployed (and controlled) nuclear forces for an ally’s defense. Nuclear sharing, definitionally, is exemplified by the US’s provision of nuclear weapons to non-nuclear allies for mutually agreed upon employment in extremis. Dr. Dorondo stated that there are overlapping characteristics between the two concepts and can therefore be used interchangeably. In other words, nuclear sharing is a form of extended deterrence. He then added that Germany has been involved as an integral element in NATO nuclear sharing since the 1950s. For instance, the German government has nominally committed to the purchase of F-18 Super Hornets to carry on the dual capable aircraft role of the German Air Force with regards to nuclear delivery systems.

Ambivalence and opposition to nuclear sharing in Germany is nothing new, Dr. Dorondo argued. For example, there was extreme unease over any German rearmament in the late 1940s. Furthermore, there was massive popular opposition to NATO’s “Two Track” deployment of Pershing II in the 1980s. Therefore, the opposition to nuclear sharing in 2021 will not be historically unprecedented. Dr. Dorondo then explained that the current fear of a renewed and uncontrolled arms race has been a political concern since the end of the Cold War. This presumably will be exacerbated by Russian disinformation in 2021, the demise of the Anti-Ballistic Missile (ABM) and Intermediate-Range Nuclear Forces (INF) treaties, and uncertainty regarding the fate of New START. There are also two future domestic “wildcards” likely to be targeted by disinformation—conspiracy theories and COVID-19 effects—Dr. Dorondo added.

Despite the extensive historical presence of opposition to nuclear sharing in Germany, there are fundamental differences to the opposition today, both in Germany and in the US, that could affect the outcome of the German discussion on its participation in nuclear sharing. The predominant difference is COVID-19 and its impact on domestic and international politics. Another example is the fact that Chancellor Merkel will not be a candidate for chancellor in 2021. Therefore, the Christian Democratic Union of Germany (CDU) faces a potentially disruptive leadership fight. With an array of extenuating factors, 2021 will likely prove to be significant in German nuclear sharing conversations, Dr. Dorondo concluded.

Note 1: We experienced some technical difficulties during this speaker session, which caused our speaker’s slides to not appear from 2:02-9:26. To reference these initial slides, please download the deck linked below.

Note 2: We are aware that many government IT providers have blocked access to YouTube from government machines during the pandemic in response to bandwidth limitations. We recommend viewing the recording on YouTube from a non-government computer or listening to the audio file (below), if you are in this position.