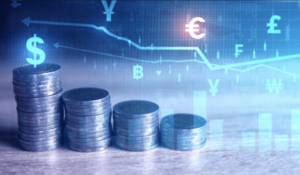 During his brief opening remarks, Dr. Luttwak stated that China is one of only a few countries who truly practice geoeconomics, which he defined as a mixture of investments, production, trade, and technological research and development. China has only recently begun practicing all facets of geoeconomics, however.

It is not necessary for a country to defeat its adversaries through its military capabilities when that country practices geoeconomics, Dr. Luttwak argued. Instead, it can apply economic pressure by outproducing or investing in an industry that a smaller or less developed country relies upon. Another form of offensive geoeconomics is when a country encourages companies located in an adversarial country to export to them in order to increase those companies’ dependence on their own domestic market. By doing this, the importing country can suddenly cut off foreign companies from their main market, which will, in turn, increase political pressure on those companies’ governments. Examples of this strategy can be found within the Australian wine industry, which is reliant on China, and China’s dependence on ARM computer processors made in the US. On the other hand, this geoeconomical tactic also increases the importing country’s vulnerability to being potentially shut off from an important resource. Therefore, increasing the amount of money spent on research and development to maintain technological advantages is also a crucial tool for geoeconomics, Dr. Luttwak emphasized.