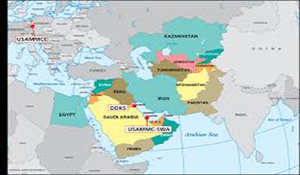 Question (R6.2): In the event that the US/Coalition is challenged by another global power [Russia for the purposes of this response], what are the second and third order effects in the USCENTCOM area of responsibility?

As Russia continues to challenge United States’ power and influence around the world, its activities in CENTCOM’s area of responsibility (AOR) represent a useful lens with which to view this conflict. In Iraq and Syria, both Russia and the United States (and its Coalition) have been drawn into this layered conflict to challenge or defend the status quo with varying degrees of success and impact. While experts question whether Russia can challenge the United States globally, it can likely operate on the margins of United States interests, with a series of surgical and lower-level policy decisions. To that point, some respondents, including Edward Chow of the Center for Strategic and International Studies and Vern Liebl of the Center for Advanced Operational Culture Learning at Marine Corps University, argue that they do not consider Russia a true peer and challenger of US global influence. Instead of global dominance, Russia is seeking to “marginalize US power and influence in regions they deem important to their interests” (Chow). Contributors agreed, though, that Russia is well positioned to capitalize on opportunities for growth and influence in the Middle East. This report looks at Russia’s interests, actions, and likelihood of success in challenging US global influence through these conflicts.

In order to better understand the opportunities available to Russia in CENTCOM’s AOR, experts provided context on the current situation in the region. Dr. Spencer Meredith III of the National Defense University’s College of International and Security Affairs took note of how Russian opportunism has taken advantage of an environment that allows them to exert outsized influence on events in the CENTCOM AOR. Mr. Liebl noted that Russia is “winning” in the information operations domain, particularly as they have widely publicized successful humanitarian initiatives, specifically the effective missions by Russian Explosive Ordinance Detail (EOD) teams that have benefitted Syrian citizens. According to Dr. Abdulaziz Sager of the Gulf Research Center, this along with other recent Russian activities has afforded them greater credibility among more states in the region. This is reinforced by the successful continuation of a narrative that paints the United States as a regional destabilizer (Meredith). In Liebl’s estimation, this success has been made possible by US forfeiture of the regional narrative space, which is accompanied by waning American influence, wavering commitments, and relinquishing leadership.

This environment of waning influence has also been influenced by what is seen as wavering commitment on the part of domestic policymakers in the United States according to both Dr. Frederick Kagan and Ms. Katherine Zimmerman of the American Enterprise Institute. They concede the possibility that domestic public opinion could swing towards wanting to partner with Russia instead of countering them in the area. Experts have also argued that the US has abandoned its leadership role in the Middle East. Specifically, in negotiations related to Syria, Libya, and Yemen, Dr. Kagan and Ms. Zimmerman note that the United States has not been leading the process. The current environment of sliding US leadership and subsequent Russian usurpation could have consequences stretching across a number of domains.

Mr. Chow argues that the Russian military seeks to diminish US military capabilities in the region. This would be achieved by maintaining their current bases, but also by expanding their operational footprint into Iran, among other states (Chow). Any actions aligned towards this objective could threaten US assets and limit US freedom of movement—an interest that the United States would seek to protect (Kagan, Zimmerman). Russia has worked to be perceived as a reliable partner, which might make states in the region more willing to allow Russia to base facilities and operations within their jurisdictions, according to Dr. Sager. Additionally, Russia is likely to bolster arms sales to regional actors (Sager, Kagan, Zimmerman). Dr. Sager notes that the cost difference between Russian and American systems, as well as the lack of strings attached to Russian purchases privileges the Russian Federation in this arena. Additionally, skepticism by Gulf States of the United States’ commitment to the region has led some countries in the region to hedge their bets and seek deepened relationships with Russia (Kagan, Zimmerman).

A primary arena in which Russia is well positioned to capitalize on fluid regional dynamics is in global energy markets. Both Chow’s and the Kagan-Zimmerman responses suggested that Russia would seek to develop closer relations with Saudi Arabia (and other oil producing states). Such a Russian move could decrease US leverage in Saudi Arabia (Kagan, Zimmerman). Additionally, while this may complicate US economic interests, it may also produce an opportunity for the United States to work with other large oil-consuming states, such as China and India in a context that reflects the common interests that these states share (Chow). Looking beyond Saudi Arabia, increased Russian activity in other regional energy markets (such as Libya) could imperil certain European energy markets, such as Italy (Kagan, Zimmerman). The competitive regional energy landscape has prevented such Russian activities from becoming an inevitability, but they do remain a possibility.

Both the South Stream and the (planned) TurkStream pipelines also represent a major inflection point in the region’s power dynamics. If Russia is to capitalize on the market access that the TurkStream pipeline would provide, it could decide to mitigate the US-backed Syrian Democratic Forces (SDF) in order to appease Turkish President Recep Tayyip Erdogan (Meredith). Similarly, the TurkStream pipeline offers an opportunity for Russia to strengthen its hand in the region. This pipeline provides an alternative route to European markets that circumvents Ukraine, and any political pitfalls therein. It also opens up a new front of market vulnerability for the European Union, who will be subject to a fickle Russia as an energy gatekeeper, although US LNG can mitigate this (Meredith). This pipeline would have the dual impact of deepening Russo-Turkish relations, while also motivating Iran to seek a closer relationship with Russia to deepen their energy partnership (Meredith). A renewed Russo-Turkish relationship could also prompt those countries to support each other in projects away from this region.

Russia stands to make international diplomatic gains in the new environment discussed above. In the aftermath of the Iraqi state’s campaign against Da’esh, there remain opportunities for Russia to help stabilize political and security events in the country (Chow). Additionally, through initiatives supporting international negotiations, Russia could create alternative fora that run parallel to the United Nations and other Western-oriented organizations (Kagan, Zimmerman). Indeed the diplomatic vacuum mentioned by Dr. Kagan and Ms. Zimmerman serves as an inducement to Russian behavior in this arena and persists despite local wariness of Russian involvement and regional states’ lack of conviction of the viability and benefits of a long-term relationship with Russia. Additionally, Russia may also be constrained by limited diplomatic resources that would prevent them from involvement in a large number of different initiatives (Kagan, Zimmerman). Russia may also seek to seize the mantle of combating global terrorism and fighting global jihadist movements (Chow). This also reflects concurrent domestic Russian priorities in Chechnya and elsewhere (Liebl).

The current situation in the CENTCOM AOR also provides challenges and opportunities for Russia as it considers its bilateral relationships there. Egypt has allowed Russian military aircraft to use Egyptian bases and airspace. While this represents an opportunity for Russia, it is part of a longstanding Egyptian strategy of playing the United States and the Russians (and previously the USSR) against one another (Liebl). In Syria, Russian interests include the preservation of the Assad regime. To that end, they are leading peace talks on their terms (Liebl). Complicating a potential US response is the notion that Russian activities have been more effective in Syria than those undertaken by the United States (Sager). Similar to the Egyptian strategy of balancing Russian and American interests against each other, Iraq is playing a similar game (Liebl). Indeed, Russia has the ability to play a significant part in reconstruction efforts in Iraq, a role that they will likely relish (Kagan, Zimmerman).

The burgeoning Russo-Turkish relationship has been mentioned earlier in the context of energy cooperation. Despite historical competition between those two entities, the current fraught relationship between Turkey and the United States presents an opportunity for Russia to move in (Kagan, Zimmerman). This potential rapprochement will embolden Turkey (and perhaps even Iran) to subdue Kurdish self-determination efforts (Meredith). Iran’s standing distrust of the current US Administration is a potential opening for further improving relations with Russia buttressed by Russian and Iranian convergent interests in containing the opium trade in Afghanistan (Liebl). If Russia does indeed challenge the United States’ strategic imperatives, Iran could be drawn in as well, prompting a likely response from Gulf countries wary of increased Iranian activity in the neighborhood, according to regional expert Mubin Shaikh.

According to Dr. Meredith and Dr. Sager, Russia will be one of several—if not the leading—actors shaping and defining the outcome of conflicts in the central Middle East. These efforts will ensure an enduring Russian presence in the region in terms of military operations and economic trade (Meredith). While the US can do little to halt Russia’s expanding influence in the region, the US could attempt to at the very least, maintain, if not increase, its influence, resulting in a period of “enduring competition.” Even maintaining its current level of influence is challenging though, given Russian advances in the region. Dr. Meredith argues, “The loss of US reputation in the region is inevitable” in part because the natural, historical (and conflicting) interests of regional actors are reemerging—they no longer need or want the US to set the terms, the conditions for success, or most of all, constrain their independent actions. This is in part due to the “success” of US regional capacity building efforts over the years, as much as their own initiative. Dr. Meredith concludes that Russia’s likely entrenchment and success in the Middle East will result in the return of the “’great game’ of power politics with fluid allegiances, amidst fixed interests, all centered on relative gains in a zero-sum international environment.”