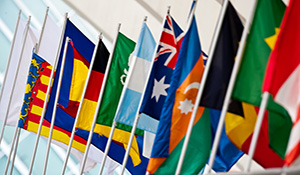 Question (R5.5): How stable is the Gulf Cooperation Council (GCC), and to what extent can the United States rely on the GCC to influence foreign policy objectives in the region? What are the implications of the changing dynamics between GCC members?

The Qatari crisis that is presently crippling the GCC has decayed logarithmically into diplomatic ultimatums and blockades, with Kuwait and Oman attempting to restore relations between Doha and the rest of the GCC. While the crisis has reached a relative standstill, the GCC is experiencing the “most severe test of the organization’s cohesion in its nearly forty-year history,” (Feierstein) and the entire affair calls into question the cohesion of the GCC and its potential to advance US interests. The GCC has been a fickle partner for US foreign policy objectives in the past and with political infighting and gridlock, Iranian encroachment, and a host of domestic issues, the GCC appears to be on the cusp of a historic transformation. All contributors in this report suggest that Iran is the primary cause of GCC discord and emphasize different causes and effects, as well as different paths of pursuing policy conducive to American interests.

Fractures within the GCC, which have flared several times since its inception in 1981, have resulted in the failure of the GCC to “make headway on major issues that touched upon sensitive areas of political, security, or foreign policy control,” Feierstein argues in agreement with several other contributors (Aviles, experts from the Global Cultural Knowledge Network [GCKN], Styszynski, and Ulrichsen). There are several factors that the authors note as the root cause for the GCC’s ineffectiveness besides Iranian antagonism. First, member nations disagree over the nature of political Islam vis-à-vis domestic presence and engagement of transnational religious groups (e.g., Muslim Brotherhood) and various elements of the Houthi rebel leadership (Feierstein). Second, economic disputes underpinned by “competitive bilateralism” and a lack of interdependency has produced a lack of economic cohesion (Ulrichsen). Third, the authoritarian and disparate natures of the Gulf regimes decay the integrity of the GCC union and discourage cooperation and make compromise difficult (Aviles).

Authors disagree about the permanence and depth of the fissures within the GCC. One school of thought suggests that the alienation of Qatar intentionally “intensified by the Saudis and Emirates” has permanently damaged the organization while others believe it has only been temporarily weakened (GCKN, Shaikh). A deeper discussion of the division within the GCC (with the UAE, Saudi Arabia, and Bahrain on one side, Qatar and Oman on the other with Kuwait in the middle) is a theme mentioned in a related SMA Reach Back response (R4.8)1 and is also discussed by Feierstein, Ulrichsen, and Aviles. These groupings are posited as a possible end state of the formal dissolution of GCC (Ulrichsen, Aviles) with Dr. Feierstein’s analysis even suggests such an outcome as possible if not likely. Regardless of the final result, all contributors agree that more turmoil is inevitable.

The Qatari crisis is seemingly a symptom of both the Sunni-Shia conflict and other regional/international politics, as well as the internal divisions that prevent the GCC efficiently resolving major disagreements. All of the aforementioned factors (and others) have ultimately created a less than desirable environment for US foreign policy. Several authors make the case for the GCC as being a poor partner for implementing US objectives in the region (GCKN, Feierstein, Serwer, and Aviles), with experts from the Global Cultural Knowledge Network going as far as contending that “America and the GCC do not have the same objectives so we can only influence the GCC through FMS [foreign military sales].” Ulrichsen and Aviles suggest that there is an opportunity to engage individual member states and elements therein, with Aviles criticizing the framework of diplomatic engagement with the GCC bloc instead of leveraging individual member states for foreign policy objectives.