How to Engage with China 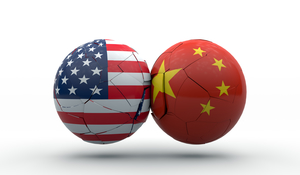 Dr. Ashton began by commenting that for many of the largest US corporations who cooperate with the US-China Business Council, China is one of their three largest market spaces. China is a great market for many US companies because of its rapidly growing middle class. In response to growing Chinese influence over US corporations, US lawmakers have increased the amount of proposed legislation restricting China’s ability to self-censor by way of leveraging US companies in return for access to Chinese markets. Issues such as access to resources and the United States’ dependence on rare earth elements(REEs) from China have also been common talking points for US lawmakers. Ms. Ashton emphasized that these are not issues that will be able to be solved overnight; however, they have revealed a rare spot of bipartisanship in the US government during recent years.

Dr. Odell then focused on the USG’s larger security issues in Southeast Asia. She argued that the USG’s current strategy is placing countries in a position where they must choose between the USG and the Chinese Communist Party (CCP) in a zero-sum geopolitical competition. This approach is alienating countries in the region from the US and subsequently jeopardizing the USG’s regional interests. Instead of competing with China for dominance in the region, Dr. Odell argued that the USG should instead look to reprioritize economic engagement with countries and defuse conflict where it can. If the USG can increase its political engagement in the region through economic means, then it will likely be able to reduce its military commitments to Southeast Asian countries as well. If the USG is able to lessen countries’ dependency on US military support, then those countries’ ability to defend themselves will increase, and consequently, the financial cost for the US will be reduced.

Dr. Schake provided a dissenting viewpoint and argued that the current view of US-China relations does not consider how China’s actions have changed over several decades. For several decades, the US gave China access to organizations and resources with the assumption that China would democratize as it modernized. However, China has instead become more oppressive at home and more aggressive throughout Southeast Asia. This has caused the USG to realize that a more liberal, westernized democracy might not be what the CCP and/or its people want. Dr. Schake commented that while the US was one of the first countries to become alarmist about the geopolitical implications of China’s rise, many of the United States’ allies have since become alarmed by China’s actions as well. Like Ms. Ashton and Dr. Odell, Dr. Schake believes that using soft power and collaborating with allies are the best ways to shield other nations from China’s autocratic influence and force China to act as a responsible global power.