How to Position USG Against a Long Term ISIL Threat 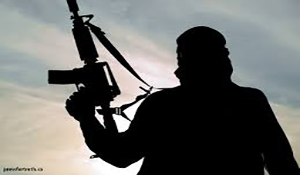 What long-term actions and processes should U.S. government (USG) institutions, the Coalition and the international community examine to position ourselves against a long term ISIL threat? How can the private sector be effectively engaged by government institutions to optimize the effects needed for success?

Expert contributors agree that terrorism will remain a long-standing global threat. In addition, there is emphasis on the leadership of the USG as a whole of nation concept. The military alone cannot position parties against lasting terrorism threat but it certainly can shape and influence them through stability operations and other people centric maneuvering. It must work in close cooperation with other USG colleagues and coalition partners to do this while mitigating not only ISIL global impact, but other people and groups that strive to commit the devastating acts of violence. Further the USG should take deliberate measures to lessen underlying factors that lead parties to terror responses. Some specific ideas from this group of contributors include:

There already a strong narrative present in the region that the USG instigated the rise of ISIL in order to manipulate governments it did not support and, as necessary, depose them. The USG would be better suited to take its narrative and support it by action. Some examples may include bringing in foreign direct investment that will jump start reconstruction and economic prowess, stabilize Iraqi and Syrian government institutions, and supporting local initiatives that find creative ways to resettle, rebuild and resume ways of life.

Learn to maneuver in the narrative space

It is not a necessity to engage ISIL or other actors on in the social sphere. Simple counter messaging is not going to deter opponents in the battle space. However, it is essential to know what is being said in this space and understanding its impact. Learn the stories and acquire the knowledge about those stories in the historical, cultural, religious and lingual context of the people as a whole. The USG should not take sides, it must operate in site and transparent while working with the host countries to directly solve problems. If people do not feel empowered they will not take ownership, this is how ISIL and others grow. Keep in mind that the narrative space has its threats, but there are also friendly and neutral players that can help the USG show itself under its own narrative of a “moral and democratic” proponent.

Data is your friend

At the CENTCOM reach back center, experts can work with you to streamline real-time data for the warfighter and help enhance decision making and improve the visual battle ground. This is also an area where the military can cooperate directly with the private sector. TRADOC G-27 is increasing improving tools for advanced data and network analysis as it the private sector by researching and looking for partners in the private sector. IBM has introduced Watson, a computer that can complete immense amount of data and information for analysis, visualization, and decision making. Finally, in addition to companies conducting biological and neurological research, some small companies are focusing on sentiment analysis that can support the translation of motivations in populations. For example, one would be able to read popular emotions to see if people support or despise ISIL.

The SMA Reach Back effort has shown that the academic community is eager to contribute to national security challenges. CENTCOM can maximize the value of the nation’s intellectual capital by sharing unclassified primary adversary data. This could foster a deep bench of accessible expertise built on empirical, academic studies. Additionally, individuals who straddle the operational/academic divide can be leverages to build an analytic framework that supports systemic evaluation in lieu of ad hoc analysis so often associated with crisis situations.

The ongoing conflict in the region has increased fragmentation in society. There are splits between families, tribes, and religions. Mitigation of ISIL must begin first and foremost at the local level empowering individuals to take charge of their own security and stability. In CENTCOM planning, it will be difficult to do much more than ensure wide area security so the Iraqi government can take the lead to incorporate wayward militias into the Iraqi forces, build strong community policy enforcement, and create space for reconciliation and rebuilding of these fractured nations.

Taking a realistic view of the expectations of current Arab governments in identifying and alleviating the causes that gave birth to ISIL is essential. It is beyond the existing regimes’ capacities to address the socioeconomic and political conditions of their societies, however, they must be strongly encouraged to do so. To be sure, these regimes can no longer postpone tackling the roots of their citizens’ grievances, which resulted in political violence we see today. In addition, response to these grievances has been brutal leading to injury, jail and death. These collective choices by all governments, for what has been decades, in the region to marginalize or destroy those who do not directly conform or stay silent will plague USG and coalition forces in any long-term defeat of terrorism disseminating from the regions.

It is difficult to see how the above recommendations might be implemented while USG policy in the Middle East policy lacks clarity or cohesiveness. Further the West, most notably the USG, already lacks credibility and what is left continues to dwindle as military maneuvers continue in Syria, Iraq, and Yemen. Finally, allowing Israel to also join in their own air campaign deteriorates what is left of USG credibility and the most recent $37 billon US aid package awarded by USG to Israel will no doubt further corrode America’s credibility in the region.