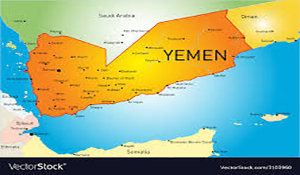 Question 10: Do views of the Velayat-i-Faqih (in Yemen) present challenges to Iranian influences among holders of Zayid views?

Question 11: Do divergent religious views/practices present challenges among the Iranian populace in relation to presentation of the Iranian government as protectors of Yemeni Zayidis?

Before delving into the questions, it is important to delineate the differences (and similarities) between Zaydi Shi’a Islam and Imamiyya Shi’a Islam. Both are, today, considered sub-branches of Shi’a Islam, with the Imamiyya (also called the Jafari school of Ithna’Ashari, or 12ers) much more widespread while the Zaydi (sometimes known as Jafurdiyya) are largely located in northwestern Yemen and southwestern Saudi Arabia. Both share the first four Imams in the lineage from Muhammad, those being as follows:

1. Ali ibn Abi Talib, called “The Beloved” and for Sunnis considered the legitimate 4th Caliph of the Rashidun Caliphs (Rightly Guided Successors). His wife was Fatima az-Zahra, youngest daughter of Muhammad (considered by Shia to be the only daughter of Muhammad) and mother of Hasan and Husayn. He is buried at Najaf.

2. Hasan ibn Ali, called “The Chosen,” first son of Ali and oldest surviving grandson of Muhammad. He is buried at Medina.

3. Husayn ibn Ali, called “Master of the Martyrs,” second son of Ali, grandson of Muhammad. He is buried at Karbala.

4. Ali ibn Husayn, called “One who constantly Prostrates” and/or “Ornament of the Worshippers.” He is buried at Medina.

And here is where the split occurs. For the majority of Shia in the world, the Imamiyya and the Isma’ili (7ers), the next Imam in line is:

5. Muhammad ibn Ali bin Husayn, called “The Revealer of Knowledge.” His mother was Fatimah bint al- Hasan ibn Ali, daughter of the second Imam Hasan and great-granddaughter of Muhammad. The marriage of these two united the Hasan and Husayn branches of the family, which brought great legitimacy with it. He is buried at Medina.

For Zaydi, they consider Zayd ibn Ali, called “Ally of the Quran,” as the true fifth Imam. His mother was Jayda al- Sindhi, thus making a half-brother to Muhammad ibn Ali. He led a revolt against the Umayyids and failed, therefore he is buried in two places; his body in Kufa (Iraq) and his head at Karak (Jordan). He is also called “Zayd al-Shaheed” (Zayd the Martyr).