Is US Success Contingent on Dominance in Every Domain 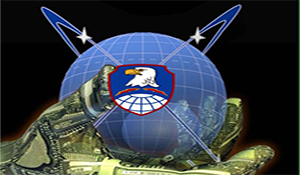 [Q17] As we move into multi-domain conflicts will our success hinge on being successful in every domain or can we lose in one and still be successful in the overall campaign? A Virtual Think Tank (ViTTa)® Report.

Contributors were varied in their responses, with approximately half of the subject matter experts replying to this question with a variation of “it depends.” In other words, campaign success in a multi- domain conflict (MDC) is not solely a question of US need to dominate in all domains (or not), but instead is contingent on contextual factors that are likely to vary from one conflict to the next. Broadly, these can be grouped into the following categories, which can be examined individually or in concert: a) aspects of the conflict, b) aspects of the adversary, and c) aspects of the domain (Berkowitz; Cheng; Harris Corporation; Hitchens; Karpiscak; Steer). Figure 1 presents a set of guiding questions derived from contributor inputs, which address these categories and demonstrate the range of considerations when engaging in a multi-domain conflict.

Contributor responses as a whole focused on only one of these contextual factors—aspects of the domain. Specifically, expert discussions often emphasized the degree of domain interdependence. Multiple experts implied that space in particular is a crucial domain without which the US currently cannot “win” in any serious conflict (Cheng; Garretson; Harris Corporation; Hitchens; Steer; Weeks).5 A loss or extreme degradation in the space domain is likely to significantly affect capability in other domains (though the opposite does not necessarily hold true, with the exception of cyber). At the same time, absolute dominance in space is not required6 in order to maintain some degree of capability in other domains.

Within the context of this broader discussion of domain interdependence emerged a more concrete articulation of whether US campaign success in a multi-domain conflict necessarily hinges on success in every domain. The picture that emerged was that the US can lose in one domain—even if that domain is space—and yet succeed overall. However, this statement comes with important caveats. While the US can lose space dominance and prevail, given the degree of domain interdependence, the US cannot lose its entire capability in space and still prevail. The US must retain the ability to maneuver throughout space and other domains. However, continuing to operate (or “succeed”) in the face of partial degradation of space capabilities will come at a high cost (e.g., in national treasure or human capital) (Harris Corporation).

In order to continue fighting and ultimately suceed, the US will need to become more agile overall. (See Figure 2 for a graphic summary of the factors affecting MDC campaign success and the need for increased US agility.) This agility includes ensuring that there are appropriately robust plans and infrastructure in place to enable continued operation, whether conditions are ideal or suboptimal (e.g., domain degradation). As such, the “answer” to this question can be reformulated as follows: Success is not required in every domain, as long as the US becomes and remains agile.

Several options were in turn derived from the expert inputs for how the US might increase its agility.

Space is Different Than Other Domains and Critical to Campaign Success

The experts indicated that campaign success will depend in part on aspects of the domain(s) being invoked. These include whether any one domain is essential for the proper functioning of the others, as well as the more general interplay between and among the domains in a given multi-domain conflict. The ViaSat team underscored this interdependence, noting that:

Space systems that deliver communications, Earth observation, position/navigation/timing, missile warning, weather, etc. do not exist exclusively in space. Their delivery platforms, or infrastructure, exist in all domains including land, sea, air, space, and cyber. Thus, a network infrastructure loss in any of these domains equates to a loss in providing service or delivery to their customers that operate in the land, sea, air, space, [and cyber] domains. The inability to defend and protect systems in all domains leads to loss of service or operational capability in the operational domains of land, sea, air, space, [and cyber] (Follow-Up Communication, January 25, 2018).

However, the specific effects of dominance or loss of dominance within different domains may vary. As Dean Cheng of the Heritage Foundation postulates:

A theme that emerged consistently from contributor inputs is that the cross-cutting nature of space makes it fundamentally different from other domains such as maritime or land. As Dr. Cassandra Steer of Women in International Security-Canada indicated, “space is…utilized in a unique way compared to all other domains” because it (as well as cyber) is an enabler to other domains, without which those domains could not function optimally (see Garretson; Harris Corporation; Steer). In the same vein, Lieutenant Colonel Peter Garretson of the USAF Air Command and Staff College argued that, given the US dependency on space for terrestrial command-and-control and targeting, losing space (or cyber) services would result in degradation spanning the entire joint force.8 The Harris Corporation also emphasized this point, and added that, not only would the loss of space make successful military campaigns difficult or impossible, but that if a US victory were to occur, it would come at a much higher cost than it would have if space assets had been available. Taking a global perspective, Gilmour Space Technologies added that there would also be significant weakness in other defense forces if the allied countries were to lose space communication capability in a future conflict. Cheng most powerfully illustrates the danger of current US dependence on space, by noting that:

“it will have more far-reaching effects in both the military and civilian realms if we lose space because we are not as aware of how permeating space is…. We are de facto beyond dependent on space…we are 5-year heroin addicts mainlining every couple of hours on space without realizing it.”

The Importance of Increasing US Agility

A conventional understanding of campaign success might emphasize overall US dominance. While the goal of campaign success in a multi-domain conflict might best be served by achieving dominance across all domains, as multiple experts (Armor; Berkowitz; Harris Corporation; Sampigethaya; Steer) implied, it may not be strictly necessary for the US to dominate in all domains in order to remain successful in the campaign. Instead, as Major General (USAF ret.) James Armor of Orbital ATK emphasized, the US might aim to “preserv[e] options across all domains.” Moreover, several contributors suggested that achieving, and especially maintaining, multi-domain dominance in every campaign is improbable, and thus an inadvisable goal. These contributors made the point that the US needs to be prepared for the fact that it may not be possible to succeed in every domain all of the time. The US may not always have the “home field advantage,” and thus needs to be prepared to think about trade-offs9 among domains (Hitchens; Karpiscak; ViaSat, Inc.). At the same time, the domains are highly interdependent, and each domain is highly dependent on space, which implies a potential US vulnerability that must be resolved.

Together, these points converge around the need for the US to increase its overall agility, whether aiming to “preserve options” or “think about trade-offs,” in order to achieve campaign success. It may be sufficient for the US to retain the ability to maneuver throughout the various domains, in order to “deliver the desired effects at a time and place of our choosing” (Harris Corporation). Marc Berkowitz of Lockheed Martin10 added precision to this line of reasoning by acknowledging that dominance in all domains should not be a prerequisite for victory if the US can offset disadvantages in one domain with advantages in another. However, he offered an important caveat that, “it is difficult to conceive how the US could achieve victory or terminate conflict on favorable terms if it cannot seize and maintain at least ‘working control’ (as opposed to absolute command) of the space, air, and maritime domains.”

Dr. Krishna Sampigethaya of the United Technologies Research Center similarly emphasized the ability of the US to continue fighting in the face of attacks, rather than the necessity of defeating attacks in all domains. He offered as an example a UAV conducting reconnaissance. If a UAV relies solely on satellites for navigation, timing, and communications, it may contribute to mission failure if space is attacked. In contrast, a UAV that can fall back on other domains in the case of a space attack can continue to operate and complete the mission. Dr. Steer made a different but compatible point, noting that success in the space domain may entail preventing escalation, even if this means loss in another domain. Moreover, she argued that the waging or winning of an armed conflict in space may not be necessary to ensure the successful use of that domain to enhance other domains.

However, even partial loss of space capability could mean losing total effective capability in a second domain, and/or degradation in the space domain can have follow-on effects in other domains if those systems are not sufficiently resilient. As one example, Steer noted that, “the US [currently] lacks sufficient redundancy in many of its terrestrial systems to deal with a loss of satellite services.” Theresa Hitchens of the Center for International and Security Studies at Maryland made a similar point, indicating that the US generally has not secured Plan(s) B to reduce space system reliance, as “protection and resiliency aren’t sexy; they aren’t ‘pointy edges’ that get funding.” She elaborated that, “We have to be prepared to have various domains suppressed or even rendered unusable for a specific conflict…including space.” Doing so would enable the US to continue fighting in the face of adversary attacks.

The current gap in preparation leaves the US with a core vulnerability. The challenge of 21st century US defense thus points to the importance of enhancing US agility, including an emphasis on building resilience into new and legacy systems and developing and exercising contingency plans—“Plans B”—to enable the US to withstand suppression or loss of capabilities in space or any other domain.