Leaders of the Chinese Economy: Cognitive and Motivational Analyses 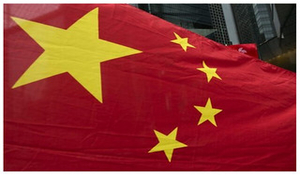 Leaders of the Chinese Economy: Cognitive and Motivational Analyses

In order to gain a quantified, evidence-based picture of decision-making tendencies of Chinese industrial, technical, economic, and political leaders, the UBC research group assessed the integrative complexity and motivational hierarchy of high-level figures in government and (ostensibly) private enterprise. We selected leaders who have been involved in developing and implementing the global commercial and political strategies of the People’s Republic of China. We used thematic content analysis of open-source texts to assess two categories of psychological processes: (1) patterns of cognition that underlie information search and evaluation, flexibility, contextual monitoring and responding, information inclusivity, and perspective-taking bases of planning and strategizing; and (2) the relative strengths of three basic motives that guide those cognitive processes. The measures are related to planning, decision-making, goal-setting, and relations with other individuals and entities, as well as to strategies for coping with stressful conditions. Excerpts from texts by important figures in the Chinese economy were collected and analyzed. The texts concerned Chinese-American economic relations; the sources were leaders of four major sectors of the national economy: high-level political leaders discussing general economic issues, and top executives in the technology, space, and cyberspace areas.

The results showed high Achievement motivation among all four groups of leaders, indicating the desire to excel, progress, and succeed. Power motivation was relatively low among the political leadership, whose concern with influencing and controlling events may have been focused on areas other than the economy (e.g., international relations, domestic unrest). It was quite high among the executives of the other three areas, most notably in the technological sector. The third basic motivation, which is for Affiliation (warm, friendly relations with others), was very low across all groups. Low Affiliation motivation is not unusual among leaders in several areas of life and in many countries.

These results suggest that Chinese elites will respond flexibly to changing events, modifying policies and strategies to fit new circumstances; will maintain a strong competitive drive and act to exert increasing influence over events and other countries (whether friendly or adversarial); and will show little concern about non-pragmatic (i.e., traditional or emotional) relations with others.