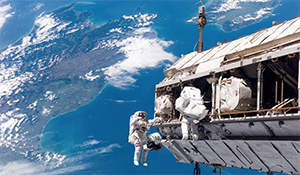 [Q11] What opportunities are there to leverage ally and commercial capabilities to enhance the resilience of space services for commercial and national security critical space services? What are the major hurdles to doing so? A Virtual Think Tank (ViTTa)® Report.

The importance of strengthening the resilience of US space capabilities is directly addressed in the 2010 National Space Policy, and the 2011 National Security Space Strategy. While these documents identify resilience as central to mission assurance, they do not provide any detail on what comprises resilience in the context of US space capabilities. The 2012 DoD Directive 3100.10 is consistent with these documents and offers the following definition of resilience:

The experts who responded to this question represent both the government and commercial space sectors, and academia and think tanks (see above Q11: Contributors figure). Overall, there was consensus among contributors that there are significant opportunities for collaboration between the USG and allies, and the USG and commercial actors. The contributors to this question identified over 70 distinct allied and/or commercial capabilities that could be leveraged to enhance resilience (see Table 1 below). To provide an overview of how these specific capabilities may contribute to US space activities, we grouped them according to the more general service (activity or purpose) that the expert discussions specified. From this analysis, eight categories of service emerged. As shown in Figure 1, information (collection and analysis) was the most frequently referenced category, followed by launch (infrastructure, vehicles, and services).

From the contributors’ discussions of these capabilities, two general approaches to enhancing resilience, consistent with the DoD definition above, were identified: enhancing capabilities and providing redundancy.

Lieutenant Colonel Peter Garretson of the United States Air Force Air Command and Staff College identifies commercial advances in space-based solar power as contributing to resilience, by enabling the powering of systems capable of earth observation from higher orbit. Solar electric propulsion, Dennis Ray Wingo of Skycorp, Inc. suggests, enables the development of spacecraft that would “simply be able to move out of the way of most ballistic threats, thus passively defeating attacks.”5 Furthermore, distance provides protection to space-based assets, as it requires greater capabilities on the part of our adversaries to disrupt them, and is harder to achieve “without revealing intent” (Wingo). It also makes such assets less vulnerable to unintentional damage or destruction from space debris.

Coming from a slightly different perspective, Wes Brown and Todd May of NASA’s Marshall Space Flight Center note that cooperative efforts with allies or commercial actors could help bridge capability gaps created by politically driven changes in USG budget priorities that potentially impact national security needs. They offer the recent drop in support for Earth science and remote sensing as examples of this.

Increase speed of innovation and adoption of new technology

Discussion of the faster pace of innovation in the commercial sector was also common.6 The underlying message being that leveraging commercial capabilities would bring the added advantage of providing the USG with more advanced technologies more quickly. Use of allied and commercial capabilities would also reduce reliance on the federal acquisitions cycle, which is notoriously slow and cumbersome, resulting in outdated systems and a reduction in the United States’ relative capability advantage over its adversaries (Hampson).

Contributors discussed two ways in which cooperation with commercial actors and/or allies in the provision of space servicing may enhance US capabilities. The first of these was space traffic management—knowing where things are with a greater degree of precision (Dr. Moriba Jah, University of Texas at Austin) and removing objects that are endangering that traffic (Rossettini). The second was the maintenance and upgrading of capabilities in space. In particular, a number of experts7 discussed the potential of commercial developments to increase the feasibility of on-orbit servicing of satellites. Such a capability could increase the lifespan of expensive GEO-satellites, and enable modifications and repairs.

Dr. Patrick Stadter of the Johns Hopkins University Applied Physics Laboratory sees potential for commercial actors to supplement SIGINT capabilities by providing observations and data analysis in areas that are either not covered by existing USG capabilities or in instances where specific data requirements were not predicted in time. Berkowitz suggests that interoperability with commercial and allied communication, PNT, and remote sensing systems would increase distribution (orbit, spectrum, geographically) of US capabilities. Brown and May also see allies and commercial actors as offering the potential for the USG to broaden the geographic location of its ground services to increase coverage and redundancy.

As Steve Nixon of Stratolaunch Systems Corporation points out, “we don’t stockpile anything when it comes to space. . . .War fighting always involves the possibility of living with attrition. We buy extras and we keep them in reserve to put them into conflict as needed. . . .Space is not like that.” His view that this situation needs to change if the US wants to improve its ability to deal with contested space is implicitly reflected in the responses of the other subject matter experts that responded to this question. Several contributors8 suggested that leveraging allied and/or commercial services in addition to existing USG capabilities would add resilience through proliferation (adding to the number of assets serving national security needs) or diversification (different types of assets). Doing so would introduce a level of redundancy in US space capabilities that is currently lacking (Hampson), and thus increase the speed with which the US could resume services interrupted by accidents or attack (Brown and May).

More specifically, Berkowitz suggests that “[a]llied launch infrastructure, vehicles, and services could serve as a backup to US capabilities in extremis” (see also Hampson). Wingo proposes that developing commercial capabilities may, in the future, enable the placement of communications and data storage systems on the Moon, providing back-ups that are “impervious to electromagnetic pulse damage.” The Spire Global Inc. team notes that employing commercial satellite constellations would make systems “nearly impossible to destroy,” and Hampson suggests that commercial satellites could also provide back-up information services to ensure that the US is never “blind.”

Major hurdles to leveraging allied and commercial capabilities for resilience

All of the contributors identified at least one substantial way in which allied and commercial capabilities could be leveraged to enhance the resilience of US space services.9 Almost all, however, also identified barriers (either within the USG or between the USG and allies or commercial actors) to such cooperation.

Once systems are connected, each is only as secure as the most vulnerable, and as Brown and May discuss, “[t]his is of particular importance when considering US allies have partnerships with our adversaries for use of similar if not the same capabilities.” Faulconer Consulting Group raises a related concern, noting that leveraging external capabilities will mean that the workforce will include a broader set of contractors and civil servants. Lieutenant Colonel (USAF ret.) Deron Jackson of the United States Air Force Academy questions whether concerns on the government side over classification will allow for the data sharing that collaboration with allies and commercial actors may require. Finally, a number of contributors indicated that mission assurance and control could prove a barrier (Robert D. Cabana, NASA–Kennedy Space Center; Nield), due to concerns over command and control switch over in times of need (Faulconer Consulting Group) or reliability (Hampson). Berkowitz notes that the “track record is decidedly mixed regarding the reliability of political commitments and commercial contracts in crisis and conflict.”

Security concerns also underpin some of the contributors’ observations that the attitude of the US defense community may also prove a hurdle (Berkowitz; ViaSat, Inc.) Still more contributors suggest that the problem is cultural, including a lack of understanding of the breadth and depth of commercial and allied capabilities (Bryce Space and Technology; Wingo), or a vision of how such a partnership would look (Major General [USAF ret.] James Armor, Orbital ATK). Wingo suggests that, for the USG, “anything that is not quantifiable through the lens of past experience is considered risky, and thus downgraded in evaluation and thus unlikely to be funded”—an approach that is diametrically opposed to that of many of the new commercial space ventures. Such divergent perspectives create a significant hurdle to collaboration.

Organizational barriers both within the USG and between the USG and allied and commercial actors were also identified as a hurdle to collaboration. Deborah Westphal of Toffler Associates and Hampson both note that it is unclear which USG agency would orchestrate collaboration of this sort, and Dr. T.S. Kelso of Analytical Graphics, Inc. suggests that the procurement cycle presents another internal barrier even when there is need for and interest in an outside capability. Organizational barriers also exist between the USG and allies. Leveraging the assets of another state requires both political and legal arrangements (Berkowitz) and from the US side, there are also export control rules and classification concerns (Hampson). For commercial actors, the lack of clarity and transparency regarding USG timelines, and infrastructure and communication needs in times of conflict, present a hurdle (Stratolaunch Systems Corporation), as does the lack of clarity in policy across government agencies to support commercial activities (Cabana). Finally, just as the USG has concerns over classification, commercial actors may be unwilling to share their information due to concerns over intellectual property and competitive advantage (Jackson; Harris Corporation, LLC).

Even if organizational barriers are overcome, technical barriers remain, in particular the complexity involved in ensuring interoperability across a wider variety and number of service providers (Berkowitz; Stratolaunch Systems Corporation; ViaSat, Inc.). As Hampson states, “Compatibility across systems can be difficult if they are originally constructed with differing end goals in mind,” which will be the case if the USG moves to integrate commercially developed capabilities with its existing custom capabilities.

Collaboration requires at some level shared goals and priorities, which is not necessarily the case when it comes to the defense and commercial space communities. Commercial actors need to be profitable, and without a good probability that there will be revenue at the end, they will be unwilling or unable to put money toward developing a capability specifically to meet a national security need, if there is no market demand (Harris Corporation, LLC; Hampson; Roesler; Wingo).

In addition to identifying hurdles to cooperation, the contributors also discussed changes that could reduce some of these barriers.