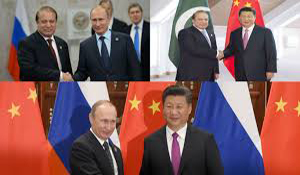 This project analyzed Chinese, Russian, and Iranian media narratives concerning interests in, and future prospects of, Afghanistan stability through three phases: Phase I (May-June, 2018; 79 articles), Phase II, (July-August, 2018; 124 articles), Phase III (October-September, 2018; 180 articles). Across these three phases, the analysis revealed consistent narrative patterns regarding the following:
• Chinese, Russian, and Iranian media present their interests in Afghanistan in realpolitik terms: stability is only desired in Afghanistan in so much as it augments their respective, individual, influence in the region.
• Investment in Afghanistan is proposed to occur through multilateral and regional ties with neighboring nations, often seen as alternative means to stabilize Afghanistan outside of US influence.
• US Afghan policy is portrayed as ineffective, both historically and under the Trump administration; consensus among media that the US withdrawal is likely. US presence in Afghanistan is shown as the main driver of instability and serving only US interests.
• No long-term vision of an independent, capable Afghanistan government; nor political desire to substantially get involved in stabilization attempts aimed at improving Afghani governance.
• Iran most interested in investing in Afghanistan as augmentation of their influence and to counter US interests.