Russian And Chinese Media Visions Of The Gray Zone 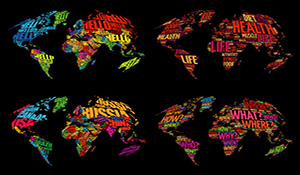 The purpose of this effort was to contribute to the Strategic Multilayer Analysis by examining media messaging strategies in Russian and Chinese language media, in order to uncover the role of media narratives in the development of potential conflict scenarios, narrative trajectories that might minimize or maximize the potential for conflict, and the role of high impact episodes in evolving media discourse. The study was built upon two prior year-long studies of geopolitical narratives in Chinese and Russian media conducted by the research team, and we used the conclusions of those previous studies to provide a starting point for this project. This project has sought to gain an in-depth look at Chinese and Russian media strategies in the context of gray zone conflict and the role of those narratives and techniques in signaling geopolitical intent. These findings are then used to generate potential strategies for minimizing conflict narratives and strengthening cooperative narratives in areas where there is geopolitical strain.

The research team conducted comprehensive studies of national media to uncover shifting messaging strategies, narratives, and metaphors that imply, precipitate, or minimize conflict. Drawing upon close to 50 different Chinese and Russian sources , the researchers identified thousands of news items that contributed to the final analysis. The researchers monitored general news trends and narratives in Russian and Chinese media, and conducted specific issue data pulls in Chinese and Russian. Specific data pulls focused on the visit of Philippine President Rodrigo Duterte to the People’s Republic of China, the impact of migration (specifically refugee flows), and coverage of the US Presidential election. The Duterte visit was examined because of the ways in which coverage and analysis of that event revealed narratives of US national decline. The 2016 election was included because of the centrality of that process for global discussion on the value and relevance of US political processes and values in global leadership. In addition, several other data pulls related to ongoing geopolitical events were included because of the insight they provide for reflecting on narratives of collaboration and contradiction.

This analysis presumes a media-centric theory of gray zone conflict, that media narratives have a primary role in creating the political and cultural context in which relations with other nations are created. Media (in both traditional and new media formats) has perhaps the greatest role in shaping and disseminating narratives of conflict, cooperation, and those gray spaces in between, as it provides the geopolitical worldview, as it were, to justify specific policies and stances. Finally, the study utilizes the “narrative paradigm,” a framework for understanding the power of narratives in political contexts, for discussing potential ways to undermine narratives of conflict.

Overall, the findings of this study reveal that both Chinese and Russian media present narratives that feature the decline of the US in economic and political influence, as well as a rapid disintegration of US political values. Russian media narratives, however, are far more critical of the US and the global order than are Chinese, and are typically more confrontational than are Chinese narratives. In the coverage of Duterte’s visit to the PRC, for example, Chinese media was cautious in attempting to capitalize on the Philippine President’s well-publicized “break” with the US, without antagonizing the US. Russian media coverage of the same event, however, presented Duterte’s visit and comments as vindication of Russian confrontation of the US, and sought to frame the visit as the beginnings of a new “trilateral alliance” between Russia, China, and the Philippines to confront and challenge US hegemony in the Pacific region.

The data around the US presidential election, likewise, sought to demonstrate the failings of US style democracy. Both Russian and Chinese media generally portrayed the election as a farce, and evidence of clear US hypocrisy regarding democratic values. Overall, extensive media coverage undermined US prestige and “soft power” and sought to portray both Russia and China as vindicated in the court of global opinion.

This analysis, however, found significant and important differences between the overall tone of Russian and Chinese geopolitical narratives. Chinese media articulated concerns and complaints about the global order, and that China should rightfully take a greater role in global affairs. However, Chinese media sought to include China into the mainstream of the existing global order, and complain about exclusion from the current system. Russian media, however, sought to delegitimize the current world order, and to replace it with something less beholden to US and European interests. Overall, Russian media enacted a “gray zone” character much more frequently, in utilizing ambiguity, aggression, and perceived injustice to expand Russian interests against those of the Western world. Conversely, Chinese media sought much more frequently to argue for China’s full inclusion and participation in global affairs, and rarely portrayed the current global system as wholly corrupt and controlled by the US and Europe.