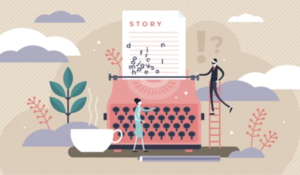 Dr. Cobb began her presentation by acknowledging that her own work builds on and heavily references prior communication, conflict, and psychological research, namely that of Dr. Lauren Kinney (author of Engaging with Uncertainty in Anticipatory intelligence) and Dr. Josh Kerbel (originator of the concept of anticipatory intelligence). She stated that her main finding from these scholars’ research was that an actor’s ability to have effective foresight relating to conflict management is partially reliant on their ability to be reflexive.

Dr. Cobb then described cybernetician Heinz von Forester’s two orders of cybernetics, which laid the groundwork for how the intelligence community examines conflict. She commented that the intelligence community has been too focused on Forester’s first order cybernetics, the science of observed communication systems or tools. Dr. Cobb then argued that it would be more effective to focus on von Forester’s second order cybernetics, the science of observing systems, or the actual narratives that comprise a communication environment. She stated that by focusing on Forester’s second order of cybernetics, actors will be better able to predict the outcome of competitions and more likely to acknowledge that their understanding of narratives is derived from their unique history, culture, and worldview. She went on to say that how people perceive their environment has a reciprocal relationship with how they understand the narratives surrounding them.

Dr. Cobb then cited theorist Hayden White, whose book entitled The Content of the Form argues that the content of the narrative is influenced by the type of story being told. She stated that White described four basic plots upon which history is framed: 1) tragedy, 2) comedy, 3) romance, and 4) satire.

Dr. Cobb also argued that the intelligence community should identify which plots their narratives are based on to predict how others perceive the US. She said that Rhian McCoy’s work on conflict analysis supports this claim and points out that much of the intelligence community’s declassified documents followed Western archetypal narratives. According to Dr. Cobb, these narratives, which are referenced in McCoy’s 2017 article entitled A Critical Analysis of intelligence Support to the Dayton Peace Agreement, are “The Alamo,” “A Poker Game,” and “The New Sheriff.”

Next, Dr. Cobb acknowledged John DeRosa’s book, Narrativized Strategic Choice, in which he argues that strategy is a function of a narrative’s components—motives, perception, and preferences. She stated that these components become indicators for change in ongoing scenarios. Dr. Cobb said that this leads to Critical Narrative Analysis, which is broken down into three factors which are 1) plot, which is the sequence of events that occur throughout a narrative; 2) characters, which is the individuals themselves and their role in the narrative; and 3) moral orders, which is the value system upheld by the narrative.

Dr. Cobb went on to explain that the largest roadblock for the intelligence community relating to the development of an effective strategic narrative is narrative closure. She stated that individuals need the plot, values, and characters in a story or narrative to all fit together. If a narrative is challenged, then people inevitably restructure that narrative to tell a story that has a similar outcome to the one they had grown accustomed to. This makes narratives very resilient. If an audience buys into a narrative, its resilience can lead to a reduction of learning, bias confirmation, and an increase of certainty. Dr. Cobb added that certainty in a narrative’s truth or a situation’s outcome will possibly generate further conflict as two competing sides become more resolute in their beliefs. She also stated that simple character design often appeals to audience members and decreases conflict resolution. Moreover, if an audience uses a binary value system to measure a situation and focuses on a linear set of events, cooperation is less likely. This environment is potentially dangerous because reduces individuals’ ability to recognize contradictory information. Dr. Cobb emphasized that once an individual is set in their beliefs, it takes a massive amount of energy and effort to get them to change their viewpoint.

A more complex narrative can also help competing sides find areas for cooperation or compromise, Dr. Cobb explained. She stated that this can be achieved if individuals create more complex descriptions of themselves or others and adopt a more complex values system and moral framework. She then added that circular plotlines can help decrease competition because competitors are forced to acknowledge why certain events occur in reaction to others.

Next, Dr. Cobb highlighted A.J. Greimas’ 1977 article entitled Narrative Grammar, which claims that all narratives have morphology, the units of meaning in a narrative, and syntax, the rules that regulate the combination and transformation of a narrative’s meaning. She then described Van Langue and Joireman’s (2008) typology of social moves, which identifies six commonly used negotiation practices: 1) aggression, 2) individualism, 3) competition, 4) collaboration, 5) equality, and 6) altruism. She explained that that negotiation is the form of communication which members of US intelligence agencies are most likely to participate in as they support the Department of Defense or State Department. To test the effects of these six negotiation practices, Dr. Cobb used students to role play in a “prisoner’s dilemma” type negotiation. She found that the syntaxes that contributed to conflict were aggression, individualism, and competition, while the syntaxes that helped to create cooperation were collaboration, equality, and altruism.

Dr. Cobb then explained that the narrative grammar, or story telling choices people choose, has path dependency. She elaborated that a narrative’s path dependency causes a storyline to inevitably move in one direction after discourse begins. Moreover, groups who acknowledged competition as something that is normal were able to deescalate a competition more easily. However, Dr. Cobb noted that once the individualism or aggression syntax was used by either participating party, there was no evolution toward cooperation.

Dr. Cobb then brought up genre research, which is like White’s analysis of narrative plots. She highlighted that most narratives that involve conflict are told in the form of a melodrama. The characters of a melodrama include: 1) a heroine, who is either passive or voiceless; 2) a father figure, who is paternal and usually plays the role of a fixer; 3) a villain, who represents absolute evil; and 4) a hero, who is well meaning but fallible. Dr. Cobb argued that President Barrack Obama adopted a father character in the narratives that he presented while campaigning, and while she had not conducted the research, she was certain that President Bush also adopted this character. Dr. Cobb then added that telling the narrative of a conflict as a melodrama increases the chance of conflict and decreases opportunities for cooperation. She suggested instead that stories be told in the form of a tragedy, which often includes more complex characters and story lines.

Dr. Cobb concluded by stating that the intelligence community should focus on understanding the plotlines and narratives that it creates. She explained that by understanding these narratives, their components, the syntaxes used, and by telling stories in the form of tragedies rather than melodramas, US intelligence agencies will be able to create more compelling narratives, decrease unwanted competition, and create outcomes that support US objectives.