On the Horizon: Security Challenges at the Nexus of State and Non-State Actors and Emerging/Disruptive Technologies 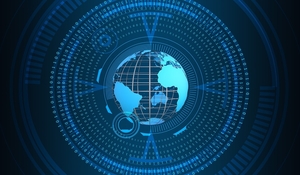 On the Horizon: Security Challenges at the Nexus of State and Non-State Actors and Emerging/Disruptive Technologies

Innovation and new technologies have many positive attributes and provide significant improvement to humanity, much that is likely unforeseen at the time of initial discovery. The unpredictability of the technology trajectories can lead to significant negative consequences. This white paper aims to discuss the massive leaps in innovation and understand what this means for national security.

The articles are briefly summarized below.

In Chapter 1, entitled “Third Offset Implications for Homeland Security: Tranquility or Turbulence,” Robert McCreight states that the overall future trajectory of modern technologies hinges on a fairly imperfect and periodically naïve grasp of dual-use science and technology and what it portends for our planet and its inhabitants. He goes on to say that one immediate concern is to determine not only how it is affecting our current way of life, geopolitics, the economy, social stability, governance, security, and the ordinary functions and determinants of the natural world around us, but also weigh the downstream consequences of technology growth, diversity, and convergence on all of those things ten to twenty years on. If advanced dual-use technologies hold the potential for a vast array of unanticipated threats in the next few years, we will need effective doctrine, strategy, and deterrence measures. He asks a key question: How to begin to establish criteria which guarantees that humans retain ultimate control, management, and direction of advanced dual-use technologies and thereby thwart untoward and dangerous outcomes arising from their mix of expected and unexpected outcomes. He advances five possible criteria for wrestling with the emergence of ADUCT (advanced dual-use convergent technologies) in a manner that sketches out an approach for the short term and allows flexibility for modifications and improvements along the way over the next decade.

Gina Ligon and Michael Logan in Chapter 2, “Malevolent Innovation: Novelty and Effectiveness in Terror Attacks,” state that terrorism provides a model context for examining creativity, as the need for survival and innovation pervades these destructive and malevolent groups. Despite this, creativity and innovation remain underdeveloped concepts in terrorism research. One reason for this is the limited empirical data about this phenomenon, making it unclear which tenets of creativity research hold versus which do not translate in the domain of terrorism. The present effort overcomes this by examining the dimensions of malevolent innovation in a large sample of terrorist attacks. To anticipate adversary threats, it is critical that we examine all of the possible combinations of VEO innovation developed in the past. This particular effort can provide planners with exemplars of the highest levels of VEO innovation across a large dataset of violent extremist organizations, providing a comprehensive look at what is possible and what should be prevented.

Don Rassler in Chapter 3 “Back to the Future: The Islamic State, Drones, and Future Threats” states that the Islamic State is an irony of sorts, as while the organization looks to, is inspired by, and seeks to recreate the past certain aspects of the group’s behavior also provide a window into conflicts of the future. A key case study in this regard is the Islamic State’s drone program, and specifically how the group “overcame technical and cost asymmetries,” and creatively developed a novel and scalable drone-based weapons system “constructed from commercial components that challenged—at least for a period of time—states’ ability to respond.” He goes on to state that the Islamic State’s drone accomplishments speak to, and have a number of important implications regarding, the character and style of future threats that are either constructed around or that significantly leverage dual-use commercial technologies. He concludes by stating to stay ahead of the issue, and to better prepare for a future that will almost certainly be typified by the proliferation of other hybrid threats that leverage and/or repurpose commercial systems in dangerous ways, the United States should identify the pathways and methods that allowed the Islamic State to acquire and scale its fleet of quadcopter drones in the first place, and trace the evolution of functional threat streams.

• English-speaking supporters of the Islamic State (ISIS) use the messaging application Telegram to distribute a range of information, including instructional material—manuals and guides designed to aid operatives with step-by-step procedures for providing assistance to the group.

• Channel administrators distribute whichever manuals they believe can be of aid to aspiring operatives, regardless of its ideological background.

In Chapter 5 entitled “Examining the Present and Future Role of Cybercrime-as-a-Service in Terror and Extremism,” Thomas Holt makes the case that the rise of online illicit markets that enable the sale of cybercrime tools and stolen personal information have made it possible for individuals to engage in technically sophisticated forms of crime regardless of level of computer skill. Ideological and terror groups over the last decade have expressed an interest in cyberattacks as a means to cause harm, though it is not clear how much ability they have to perform such attacks. As a result, cybercrime markets may engender their attacks, though it is not clear how often this may occur, or what conditions would lead to their use. He provides recommendations for policy and research to disrupt cybercrime markets and improve our knowledge of ideologically-motivated cyberattackers generally.

• They may provide a point of entry for ideologically-motivated extremists and terrorists to engage in cyberattacks.

• These markets can be disrupted through traditional law enforcement investigations, and may also be affected through other extra-legal efforts such as Sybil attacks.

• Research is needed on the radicalization process of ideologically-motivated actors who engage in cyberattacks, and how this differs from those who have engaged in physical attacks.

Rebecca Earnhardt and Gary Ackerman in Chapter 6 entitled “Modelling Terrorist Technology Transfer,” make the point that while technology transfer occurs as a part of routine life, the topic remains relatively understudied in the terrorism literature. As terrorists engage in increasingly lethal and technologically sophisticated attacks, the concern surrounding terrorists acquiring cutting-edge weaponry and related technologies is accumulating. They go on to describe the Terrorist Technology Transfer (T3) project which provides a first cut at addressing this critical operational gap in knowledge through the exploration of extant technology transfer literature, construction of the first iteration of the T3 Model, and illustrative application of the model to an emerging technological threat. They conclude by stating the T3 project indicates the promise of having not only research, but also operational and policy impacts. It raises the possibility of providing government stakeholders, including intelligence, law enforcement, military, and policy agencies with a variety of insights and operational tools

In Chapter 7, “Hacking the Human Body: The Cyber-Bio Convergence,” Rebecca Earnhardt makes the point that the increasing convergence between the fields of biosecurity and cybersecurity may result in consequences that analysts have yet considered. Biotechnology use and expertise expansion beyond practitioners have stoked concerns about a wide range of traditional biosecurity issues including shielding the outputs from advanced gene editing systems or protecting university lab data storage systems. As biotechnology advances, including digitization and automation of systems that were once localized and only accessible to those directly involved on related research, biosecurity and cybersecurity fields continue to intersect. She concludes by stating a fully-fledged research project would explore the cyber security risk factors that are cited commonly as key vulnerabilities, and filter these cyber security risk factors through an adversary technology adoption decision making and motivational analysis.

• Emerging science and technology will continue to disrupt customary characteristics of political and kinetic conflicts among states and non-state actors.

• The increasing complex interdependence between humans and machines is one area for particular examination.

• We cannot reliably predict whether or not human roles will rapidly give way to a more dominant robotic style of war, so we must prepare for a variety of futures, per the Scharre/Horowitz autonomy typologies.

• Humans involved with machines that operate at vastly greater speeds and volumes of data will further create problems of cognitive demand for the human soldier that need to be examined.

• We must investigate this not only in terms of technical performance, but also from a more holistic perspective, to include the social, political, and psychological dimensions of the soldier and of the citizen.