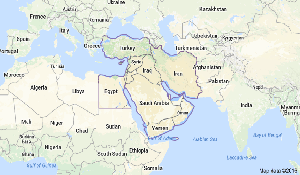 Question (R5.1): What opportunities and threats should United States Central Command (USCENTCOM) be postured for as the result of a President of the United States (POTUS) visit to the Area of Responsibility (AOR)? What is the impact on stakeholders’ willingness to counter Iran along with the likelihood of partnering with the United States/coalition?

Analysts agree the most serious threat during POTUS’s trip to the Kingdom of Saudi Arabia (KSA) was, in in the words of Daniel Server, “the risk of doing anything that split the GCC and weakened its will to counter Iran.” In fact, he and our other analysts believe his rhetoric triggered KSA’s regional campaign against Qatar and thereby destroyed GCC solidarity against Iran. Further, the campaign, which included the United Arab Emirates,1 Egypt, and Bahrain actually pushed Qatar, Turkey, and other stakeholders closer to Iran countering the effort.

In his subsequent visit to Israel, POTUS intended to bring together a coalition between the United States, Israel, and Sunni Arab leaders, largely arising from their shared view of Iran as a growing national security threat. Though these countries often cooperate in many regional economic endeavors, Serwer reminds us that “rapprochement cannot be complete without progress on an agreement with the Palestinian population,” which seems to be shelved by Israel for the foreseeable future. It is also concerning to regional leaders in Turkey, Iran, Iraq, and Syria that Israel has chosen to support Kurdish independence further destabilizing the region, moving counter to US and allied statements against independence and providing Iran with yet another narrative of Israel’s determination to continue its efforts to keep populations fractured and divided.

“The Gulf States believe former President Obama held them in contempt and prioritized détente with Iran over their interests, but they never lost faith in the US-Arab partnership as such,” says Faysal Itani, and not “POTUS is simply restoring it, or attempting to.”

Patricia DeGennaro believes that “[a]ll in all, POTUS’s visit caused more harm than good and stakeholders will be less likely to openly try to counter Iran. Especially in cases where Iran is supporting regimes and seen as working toward stability instead of cultivating Al Qaeda and the Islamic States resurgence.”

The experts consulted by the US Army Cultural Knowledge Center believes that any true US influence to calm the region “requires is the Trump Administration’s putting its own house in order and sharpening its diplomatic instruments in what is most assuredly a complicated environment and set of circumstances not to the allies’ liking.”

Our analysts remain assured that the main threat in the CENTCOM region is the violent extremist elements that will continue to encourage mistrust and insecurity of the people in the region until some semblance of security and governance replaces the mayhem ISIS created. Therefore, the primary focus remains a secure and stable Iraq followed by the same goals in Syria. Only then will the US and its allies be able to cooperatively and comprehensively deal with Iran by bringing them into the international fold or allowing some to influence divisiveness between all Arabs – Sunnis, Shi’ites, and Christians alike.