Principles of Response to Aggression in Space 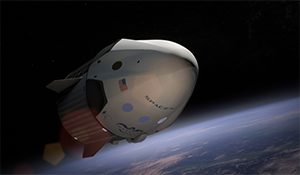 [Q18] What are the principles (e.g., flexible vs. controlled response; proportionality, etc.) upon which international policy makers should develop response options for aggression in space? A Virtual Think Tank (ViTTa)® Report.

Upon considering the question of focus, several expert contributors argue that it is confusing or even misleading (Cheng; Gallagher; Hertzfeld; Masson-Zwaan). The contributors maintain that this confusion comes from two sources: the ambiguity of the language used in the question and the ambiguity of existing space treaty law. Noting the inherent contention in the legal realm of space, the contributors as a whole nonetheless work to articulate how the US might derive a set of principles for response to aggression in space. Contributors divide into two camps: those who argue that principles already exist that can be used to guide a response to aggression, and those who argue that these principles are—and must be—emergent. Although distinct reasons are given between the two camps, the chief principle on which all camps agree is what we might call the “precaution principle.”

Dr. Nancy Gallagher of the Center for International and Security Studies at Maryland believes that the phrase “international policy makers” is vague, and Dean Cheng of the Heritage Foundation contends that the phrase represents “the language of UN bureaucrats and academics in the arms control community” rather than a pertinent characterization of decision-makers with power. Cheng queries: “what is an ‘international policymaker?’ You mean US policymakers? Or, do you mean the international consortium of space policymakers that meets in Geneva or someplace like that?” His elaboration of his
confusion is worth quoting at length:

In addition to the ambiguity inherent in the language, contributors cite the ambiguity of current space law. For many expert contributors, it was difficult to articulate principles of response because the antecedent action—aggression in space—is poorly defined in the law. According to Dr. Henry Hertzfeld of George Washington University, “a lot of these things are still not well defined in the space environment. There is no good definition of a weapon, for example. There’s no good definition of what an armed attack might be.” Theresa Hitchens of the Center for International and Security Studies at Maryland echoes this viewpoint, noting that, “There is no legal or agreed definition of ‘aggression’ in space; either under the UN Charter or in any other body of law.”

Are There Already Principles of Response Appropriate to the Space Domain?

In determining specific principles of response to aggression in space, contributors divide into two groups: a camp that argues that principles of response apposite to the space domain already exist in international law, and a camp that forwards that whichever principles exist will require further development in order to be useful in the space domain. The first camp largely defends existing principles as requiring little to no amendment for use in developing responses to aggression in space. The second group postulates that the principles will emerge out of interactions in the space domain, as long as actors curate their understanding and responses to potential adversarial action with all deliberate speed.

Contributors in the first group identify the United Nations Charter, the Outer Space Treaty (OST), and the Law of Armed Conflict as the three sources of principles governing responses to aggression in space (Hitchens; Johnson; Nishida; Spies; Steer). Christopher Johnson of the Secure World Foundation explains that, “Article III of the Outer Space Treaty makes it clear that general international law, including the UN Charter, apply to the activities of states in the exploration and use of outer space.” Michael Spies of the United Nations Office of the High Representative for Disarmament Affairs further points out that in the United Nations Charter there are “a number of principles applicable to the development of international policy responses to prevent aggression in outer space.” The experts argue that, just as they do in other domains, these principles can guide policymakers in formulating responses to aggression.

Principles from the United Nations Charters and the Outer Space Treaty

In fact, the principles of the UN Charter, reiterated in the 1967 Outer Space Treaty, are the foundational principles for policymaking in space, according to Johnson, because the language of the Charter itself specifies that there is “a hierarchical relationship between special regimes such as space law,” such that the UN Charter “takes precedence of any special regime of international law.” Michiru Nishida of the Ministry of Foreign Affairs of Japan buttresses this view, and suggests that the “most important principle that should be reaffirmed would be the application of existing international law and obligations to all outer space activities, scientific, civil, commercial and military.” He stresses the importance of existing international law governing all activities, inclusive of military activities, because “some states dispute the scope of agreements adopted at UNCOPUOS…claiming that the mandate of the UNCOPUOS only deals space activities other than military.”

The specific principles that Spies and Johnson explicitly identify within the UN Charter/OST treaty system as governing responses to prevent armed conflict in space are: The principle for states to “settle their international disputes by peaceful means” (Spies) and long-standing principles such as “good faith, pacta sunt servanda, the sovereign equality of states, non-interference, non-aggression, the prohibition on the use of force, the right of self-defense” (Johnson), as well as the precautionary principle.

Principles from the Law of Armed Conflict

According to Dr. Cassandra Steer of Women in International Security-Canada, the most important principles drawn from the Law of Armed Conflict for the space domain are the “principles of proportionality and precaution in attack.” Dr. Michael K. Simpson of the Secure World Foundation notes, however, that the principle of proportionality, when applied in the space domain, “may be complicated by the asymmetry of impact of actions in space.” Expounding further, he warns that “eliminating a single satellite upon which a country depends for critical terrestrial services clearly has an effect that is disproportionate to that of eliminating a single satellite in the fleet of major space faring countries with multiple options to work around the loss.” Responses to aggression that target space assets trigger proportionality concerns through their humanitarian impact, according to Spies: the “destruction of dual-use satellites could negatively impact essential civilian infrastructure, health-care services and humanitarian operations,” which rely on “satellite communication, navigation and timing, and imagery networks.” Precaution, as a principle guiding militarized responses in the space domain, dovetails with the doctrine of necessity, Steer observes, because the “use of force must only be employed when the aggression is “instant, overwhelming, and leav[es] no choice of means, and no moment for deliberation.”

Principles of Response to Aggression Are (and Must Be) Flexible

The second group of contributors, which argues that principles of response are emergent, prefer to categorize “aggression” as an unwanted behavior in an interdependent social system (Bevilacqua; Broniatowski; Caelus Partners, LLC). Dr. David Broniatowski of George Washington University notes that systems that operate in the space domain are designed and therefore possess an architecture that defines how specific components will carry out functional requirements to achieve needed capabilities. Appropriate selection of this architecture can enable flexible response options, such as the ability to carry out new capabilities, or resilience to attempts to disrupt existing capabilities, in the event of unexpected behaviors or other changes in the space environment. Conversely, selection of an inappropriate architecture can inhibit flexible response options by making changes too complex or costly to implement after the system has been fielded. The contributors from Caelus Partners, LLC hypothesize that this architecture can be leveraged to “create a community for the purpose of the coordination and management of participant activities.”

The contributors in this second camp jointly identify three specific principles of response as being effective within the emergent social system of the space domain: flexibility with firmness, precaution, and multi-lateral punishment.

The first principle of response is being “flexible, but firm,” as Adam Gilmour of the Gilmour Space Technologies elegantly puts it.3 Gallagher delineates the mechanisms of how this principle would work in practice. Respondents to aggression should “determine the objective of the response”:

In other words, actions taken in response to aggression should have end goals in mind before they are undertaken. Because the goals of the response may vary by actor and technological capability among other factors, flexible but firm responses are seen as ideal in this view.

The second principle of response is best described as a “precautionary principle.”4 Gallagher describes this principle in the space domain as one of prudence, so that responses to aggression occur with all deliberate speed because an “informed response is better than a quick one”:

Information helps prevent a combination of errors inherent in the space domain that could result from mis-attribution, mis-estimation (of harm), and mis-identification of what the event was. Specific factors used to determine response “could be derived from three elements: characteristics and purpose of the spacecraft; operational environmental factors, and demonstrated behavior,” the contributors from ViaSat, Inc. maintain. It should be noted, however, that Broniatowski does not endorse the precautionary principle as equal to the principle of flexibility. In his view, precaution is not applicable in all cases, whereas flexible response options should allow for selection of a response based upon what is contextually appropriate.

The third and final principle identified by this camp is that of multi-lateral punishment. For these contributors, acting as a community grants coordinating nations a number of agenda-setting and distributional advantages. As one example of the potential role of this community, Dr. Riccardo Bevilacqua of the University of Florida posits that “a nation engaging in aggressive behaviors in space should be banned from operations for a certain time, in proportion to the gravity of its actions.” Nations operating within the community, if they possess a technological advantage over the aggressive actor, could, according to the contributors, enforce such a ban.

In conclusion, though several subject matter experts note sources of ambiguity in the question of focus, the experts as a whole go on to identify sources of principles that can govern responses to aggression in the space domain. These experts can be categorized into two groups: one that draws principles of response from existing laws and practices; and another that believes that new or emergent principles, specific to the space domain, are necessary. Across these two groups of experts, several explicit principles emerge:

Although distinct reasons are given between the two camps, the chief principle both camps articulated is the principle of precaution, largely due to the potential for suboptimal outcomes resulting from the low-information environment of the space domain.