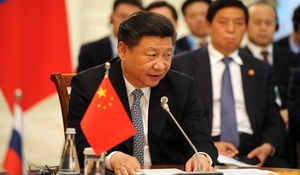 SMA hosted a speaker session presented by Prof. Charles Glaser (George Washington University) as a part of its SMA Minerva Speaker Series. During his brief, Prof. Glaser discussed his project for the Minerva Research Institute focused on the liberal international order (LIO) and tools of influence. He first defined the international order as the “institutions and rules that guide the states that belong to the order.” He then defined the LIO as a construct created by the US after World War II that includes NATO, alliances, an open international trading system, key international financial institutions, and the UN. Often times, the LIO is used more broadly to include norms requiring the protection of human rights, norms regarding the protection and (possible) spread of democracy, regional trade agreements, etc. This inconsistent usage often generates confusion. Prof. Glaser then explained what is at stake in LIO discourse—international relations theorists and policy analysts believe that the LIO has produced valuable outcomes, such as peace following the Cold War and US victory, NATO cohesion, and a lack of balancing against the US after the dissolution of the Soviet Union. The key issue, however, is whether these outcomes are products of the joint impact of the LIO’s components as a whole or the individual parts themselves. Prof. Glaser stated that if it is the latter, the LIO framing offers little insight and can both mislead analysis of US policy and exaggerate the threat that China poses to the US. Next, Prof. Glaser defined the LIO concept—a term he created. The LIO concept concerns the logistics/mechanism that underpins claims about the LIO’s explanatory power and includes democracy, hierarchy, institutional binding, economic interdependence, and political convergence. After speaking about each of these components, he identified a series of problems with the LIO concept, including that it is inward-looking and suffers crippling logical flaws regarding institutional binding, hierarchy, and political convergence. To conclude, Prof. Glaser stated that the individual components of the LIO, but not the LIO framing as a whole, have explanatory value. He also identified a series of bottom lines and policy implications, including: 1) The LIO discourse clouds/distorts analysis of US policy; 2) Reframing analysis of US policy in terms of grand strategy would encourage revisiting of basic questions; and 3) Preserving the order takes these questions off the table.