Propaganda: Indexing and Framing and the Tools of Disinformation 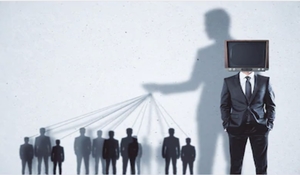 Propaganda has evolved significantly alongside the economic and technologically-driven forces of globalization. What was once the domain of pamphlets, posters, radio, and television has adapted within an ever-expanding virtual landscape of information, as societies are increasingly linked across social and digital networks. This change has brought new challenges to countering propaganda’s effect, as the expansion of media platforms has made determining what propaganda is increasingly challenging. Depending on one’s definition, propaganda can include everything from a Chinese anime biography of Karl Marx to digital armies of coordinated social media accounts converging on targets. Given the rapidly evolving manifestations of propaganda, and the threats posed, it is important to understand the fundamental operations of how propaganda works, how it functions in societies, and how it can be countered (Nemr & Gangware, 2019).

In social networks, every citizen is a targetable node and potential weapon to help direct the flow of disinformation. This Quick Look argues that the effectiveness of propaganda on social networks relates to techniques of indexing and framing being accentuated by the selective targeting of audiences. Combating propaganda on social media relies on the powers of network exclusion and programming (or counter-framing), as well as long-term media literacy training.

Ultimately, the purpose of this piece is to provide an updated conceptual framework from which to understand how modern propagandists have harnessed the accessibility of social media networks to unleash information warfare across virtual public spaces—corrupting the stories being told about societies from within. Toward that end, this Quick Look applies the Network Society theory expounded by Manuel Castells’s Communication Power (2009) to digital propaganda. The report also reviews recent scholarship on the topics of disinformation and propaganda and provides an appendix discussing the three main types of disinformation, offering possible solutions (See Appendix A).