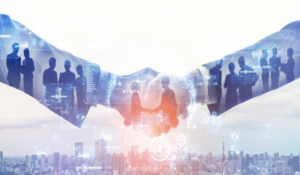 Speaker: Blankenship, B. (University of Miami)

SMA hosted a speaker session as a part of its SMA STRATCOM Academic Alliance Speaker Series, entitled “Protection’s Price: Reassurance and Burden-Sharing in US Alliances.” The speaker was Dr. Brian Blankenship (University of Miami).

Dr. Blankenship began his presentation by discussing the conditions under which the United States is more or less likely to be successful in persuading its allies to assume more responsibility for their own defense. Concerns about burden-sharing in US alliances are not new; many US presidents have made this issue a priority. On the other hand, these efforts have had varying levels of success. In some cases, US policymakers have been successful in their attempts to encourage allies to spend more on defense, as in the case of Jimmy Carter and South Korean defense spending. By contrast, US pressure has been less successful in other cases. For example, Lyndon Johnson attempted to pressure Great Britain into maintaining its military presence in the Middle East, but he was ultimately unsuccessful. According to Dr. Blankenship, conventional wisdom demonstrated that burden-sharing is quite difficult to achieve in asymmetric alliances between great powers and their smaller allies. US troop presence is conducive to free-riding by allies. In other words, allies lack incentives when the US has such a dominant presence worldwide.

Dr. Blankenship then discussed some of the issues with this conventional wisdom. He stated that empirically, many cases don’t fit the conventional wisdom. For example, the French withdrew from NATO’s military command in 1966, despite being one of NATO’s largest members. Furthermore, smaller NATO allies, such as the Baltic states, have “punched above their weight” in terms of defense spending. More broadly, burden-sharing tends to rise and fall over time—something which existing literature doesn’t account for. Theoretically, weaker allies’ dependence on US protection provides the US with leverage on issues of burden-sharing. Furthermore, the presence of US troops does not necessarily discourage burden-sharing because they are often provided to allies who have the most need for them.

Next, Dr. Blankenship explained how burden-sharing is frequently the outcome of bargaining. Typically, he argues, burden-sharing in alliances tends to stem from fear of abandonment. The more allies that believe that the US has a credible threat of abandonment, and the more they actually need protection from the US, the more likely they will be to be susceptible to US pressure. A factor that enhances the credibility of US threat of abandonment is when the US faces pressure to retrench from its foreign commitments. Another factor that contributes to that credibility is when an ally is less strategically valuable to the US. Lastly, allies are most dependent on the US when their perception of external threat is elevated.

Dr. Blankenship came to three conclusions after conducting his research. First, allies tend to increase their military spending when the US faces domestic retrenchment pressure. Second, allies contiguous to a shared adversary by land spend more on defense, while those close to a maritime chokepoint spend less. Finally, US troop levels have no clear effect on allied military spending. An implication of these conclusions is that the US is not helpless in encouraging allied burden-sharing. Another general implication is that reassurance and burden-sharing are not always at odds. Lastly, the presence of an external threat is no guarantee of success.