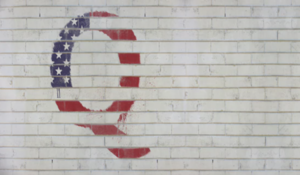 Dr. Bloom began her presentation by noting the similarities between ISIS’s and Qanon’s methods of recruitment and radicalization, as well as their deployment of operatives. She then stated that since the COVID-19 pandemic hit and lockdowns ensued, there have been spikes in Qanon activity and an expansion of the conspiracy beliefs that Qanon is known for, not only in the US but globally. She added that there is a great deal of overlap among those who believe in conspiracy theories, those who support Qanon, those who are anti-vaccine, those who are anti-mask, and those who are convinced that COVID-19 is a hoax. Dr. Bloom then noted that Qanon has gone from being a fringe conspiracy theory to one that is now embraced by some congressional candidates. At its core, Dr. Bloom argued, Qanon is a rehashed version of The Protocols of the Elders of Zion—a fabricated piece of anti-Semitic propaganda.

Throughout the course of the pandemic, there has been a 174% increase in Qanon posts and links on Facebook, Twitter, and Instagram, according to Dr. Bloom. Furthermore, the US has been the largest Qanon content-producing country, followed closely by other Western countries. The conspiracy theory is also expanding outside of the Western world; it is becoming popular in places such as Russia and Indonesia. In 2019, the FBI labeled Qanon as a domestic terror threat while highlighting that conspiracy theories have the potential to encourage extremist and violent behavior. This has since proven to be true, as Qanon has been linked to a number of violent crimes. Nevertheless, Dr. Bloom stated that Qanon has become particularly salient. It has infiltrated the US military. Moreover, in the 2020 US elections, there were 34 congressional candidates who openly supported Qanon ideology. In response to Qanon’s growing popularity, social media websites began cracking down on Qanon-related posts, which in turn led Qanon supporters to change their usernames and refrain from referring to Qanon specifically in their posts. Instead, they began using cryptic messaging to continue to spread Qanon beliefs. Dr. Bloom concluded by discussing Georgia State University’s proposed efforts to identify individuals and link them across various platforms—from surface-level social media platforms to the dark net—in order to determine how these individuals become radicalized and, ultimately, find ways to interrupt and intervene.