Risk and Ambiguity in the Gray Zone 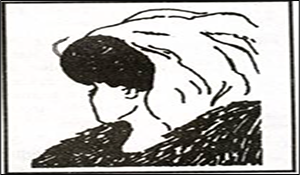 Risk and Ambiguity in the Gray Zone.

This maps on to Sec. Def. Rumsfeld’s famous distinction: “Reports that say that something hasn’t happened are always interesting to me, because as we know, there are known knowns; there are things we know we know. We also know there are known unknowns; that is to say we know there are some things we do not know. But there are also unknown unknowns – the ones we don’t know we don’t know. And if one looks throughout the history of our country and other free countries, it is the latter category that tend to be the difficult ones.”

(II) Ambiguity in international confrontations: Ambiguity in events and actions gives an extra layer of uncertainty, so they are open to multiple interpretations before we even consider their risk. Cases include: (1) Ambiguity is a key tool in diplomacy. E.g. the 2001 Sino-US crisis where an EP-3 reconnaissance plane force-landed on Hainan Island was resolved by a letter that could be interpreted one way by the Chinese for their public, another by the US for their public. (2) The use of “Little green men” makes an offensive action more ambiguous and so more easily deniable – e.g. at least for observing populations in key allies even if not for US security analysts. (3) How far is a specific action of a local proxy directed by the adversary? (3) Ambiguous thresholds for deterrent threats enable less loss of face if they are crossed, e.g. compared to hard “red lines”. (4) Concessions are critical to managing escalation, and essential when dealing with a nuclear-armed adversary. Ambiguity means they can be offered deniably, e.g. Nixon and Mao. Indeed, clarity too early can prevent later compromise. (5) Economic actions by possible proxies carry ambiguity, e.g. Chinese companies investments on key Pacific Islands. Robert Jervis (1970) includes an excellent chapter on ambiguity, particularly in diplomacy.

(III) Risk in international confrontations: Risk arises when potential outcomes are uncertain, and this pervades all human decision-making. (1) Consider US, UK and German troops currently deploying to NATO’s east, such as the Baltic Republics. Their placement is unambiguous, and provides a tripwire so that there is the risk of escalation if there were serious aggression. This is a classic use of the risk of escalation, as described by Thomas Schelling who devotes a chapter to the “Manipulation of Risk “in his seminal Arms and Influence (1966). Schelling describes how the risk is that escalation can develop its own momentum and this must be managed, e.g. as during the Cuban Missile Crisis. (2) Schelling also argues that “limited war, as a deterrent to continued aggression or as a compellent means of intimidation, often seems to require interpretation … as an action that enhances the risk of a greater war.” – and in the same way, the purpose of entering the gray zone at all can be to manipulate risk. (3) A key distinction from ambiguity is that probabilities are better understood with risk, and thus good baseline data can help turn events from ambiguous to risky.